AMD has confirmed plans to bring FreeSync, its variable refresh rate technology, to more users by adding support for HDMI-connected devices as well as the current DisplayPort-centric system.

Officially launched back in March but dating back years earlier as part of the official DisplayPort standard, AMD's FreeSync is designed to compete with Nvidia's G-Sync system in offering the ability to vary the refresh rate of a display in order to reduce screen tearing and stuttering. In battery-powered devices, the technology was used to save energy; in desktops, it's being used to offer a smoother gaming experience.

The current implementation of FreeSync requires a compatible display and graphics card, connected together using a DisplayPort cable - no surprise, given the technology first appeared as DisplayPort Adative Sync. AMD's plan, though, is to offer FreeSync over the more common HDMI connector, and it's teaming up with Acer, LG, Samsung, MStar, Realtek and NovaTech to do so. The first FreeSync HDMI compatible displays will launch in the first quarter of 2016, the company has announced - though at an as-yet unconfirmed price point.

At the same time, AMD confirmed plans to add support for display panels with colour resolution greater than 10 bits beginning with the company's Radeon R9 300 Series and other models to launch in 2016. Coupled with increased contrast through true high dynamic range (HDR) support, the company claims visuals will be drastically improved over current SDR displays - and that it is working with gaming companies to add HDR content to their titles ahead of mass-market availability of HDR displays in the second half of 2016. 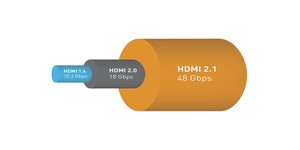 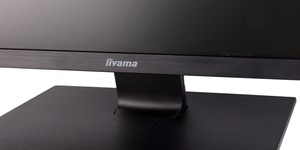