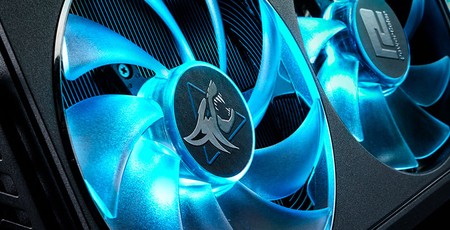 As expected, AMD and partners launched the Radeon RX 6700 XT graphics card yesterday. This latest RDNA 2 architecture graphics card utilises the new Navi 22 GPU, which is built on TSMC 7nm, like its brethren. Industry watchers and enthusiasts will be carefully monitoring this release for supply shortages, price gouging and so on. However, it is already off to a bad start with an RRP of $479 being significantly greater than the previous gen Radeon RX 5700 XT at $399. AMD's Radeon RX 6700 XT becomes the firm's cheapest RDNA 2 offering so far, and the smaller GPU with 17.2 million transistors and area of 336mm2 offers just 40 CUs, for a total 2,560 SPs. That CU and SP count is the same as for last year's RX 5700 XT but the new architecture with Infinity cache and far faster base/boost clocks means it is about 25 to 30 per cent faster in gaming tests and can do ray tracing too.

You can see the key specifications of the reference model of the Radeon RX 6700 XT above. So, how does it perform? As per the pre-launch presentation this graphics card goes shoulder to shoulder with the likes of the Nvidia GeForce RTX 3060 Ti and RTX 3070. Depending upon the title it can outpace the GeForce cards, but the converse is also true, especially if one attempts to use the hardware ray tracing features in games. Nevertheless, it is a solid 1440p gaming card, with a healthy 12GB VRAM. In a perfect market though, it would be cheaper, as it couldn't really tempt one away from the rival GeForce cards with faster ray tracing and mature DLSS technologies if all rivals were available at MSRPs.

Most of the partner designed Radeon RX 6700 XT cards are quite chunky affairs. Actually AMD's MBA is one of the few twin fan designs, with most going for triple spinners. This is to keep the 230W GPU cool under pressure but doesn't really seem to mean much in terms of factory overclocks, or even in facilitating user overclocking.

PowerColor's new cards are interesting in at least one way, the AMD partner has actually introduced a brand-new family with the release of the RX 6700 XT – the new HellHound series. The Hell Hound sits a little below the Red Devil but still looks quite premium, while the entry level version is the Fighter with a significantly smaller twin fan cooler. These partner cards from PowerColor (or rivals) don't bring very strong OCs to the table, with the top-end Red Devil, for example offering Game Clock of 2,514MHz(OC)/2,433MHz(Silent), and Boost Clock of 2,622MHz(OC)/2,615MHz(Silent). As you can see in the main table above, the reference game/boost clocks are 2,424MHz/2,581MHz.