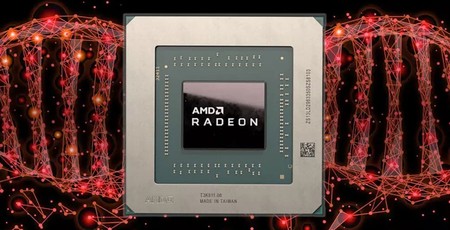 It has been a bit grim to be a PC DIY enthusiast over recent months with the most desirable new graphics cards appearing like mirages on the horizon, only to disappear and be replaced by the reality that only the Nvidia GT 710 can be purchased at a sensible price, if at all.

We are starting to see signs that Nvidia and AMD are looking to launching GPUs for the real mass market – RTX 3050 / Ti and RX 6600 / 6500 and so on. These cards need to be made in huge quantities to keep PC gaming on track, and being surprised by 'unexpected demand' or similar will be no excuse. So, it was good to hear reassurances from AMD CEO Dr Lisa Su with regard to this problem in the consumer GPU market.

In the earnings call after publication of the recent Q1 2021 results by AMD, Su had a number of things to say about GPU supplies. To start with she said that AMD and its manufacturing partner plans to "ramp production" of the Radeon RX 6000 series. Thus, over the coming months it is expected "GPU sales will grow significantly". Dr Su reminded investors that AMD has already bolstered supplies. "In graphics, revenue increased by a strong double-digit percentage year-over-year and sequentially, led by channel sales growth as revenue from our high-end Radeon 6000 GPUs more than doubled from the prior quarter." However, any company would be glad to keep growing in this way and the production ramp plans will have been made to 'make hay while the sun shines' as far as is possible.

If AMD is turning towards smaller GPUs for the mass market then it should get more per wafer, which could help a lot compared to expensive powerful solutions like the RX 6900 XT. However, TSMC, instrumental in satisfying any silicon orders by AMD and partners, has publicly warned of tightness in supplies heading to 2023.

Back onto the topic of new AMD GPUs, and during the conference call Su took the opportunity to indicate that the Radeon RX 6000 M series for laptops is going to start appearing later this quarter. That will be an interesting new option for those feeling forced from PC DIY to pre-built laptops due to parts shortages.