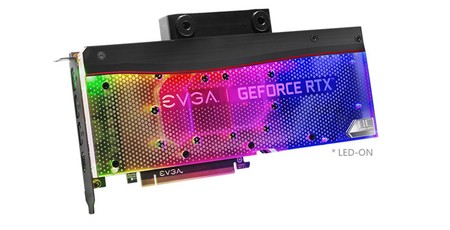 Over the weekend EVGA has detailed its GeForce RTX 3090 and RTX 3080 Hydro Copper and Hybrid cooled graphics cards. With the added permutations of FTW3 and XC3 models there are eight new graphics cards in all to choose from at the top-end if you are into liquid cooled GPUs. 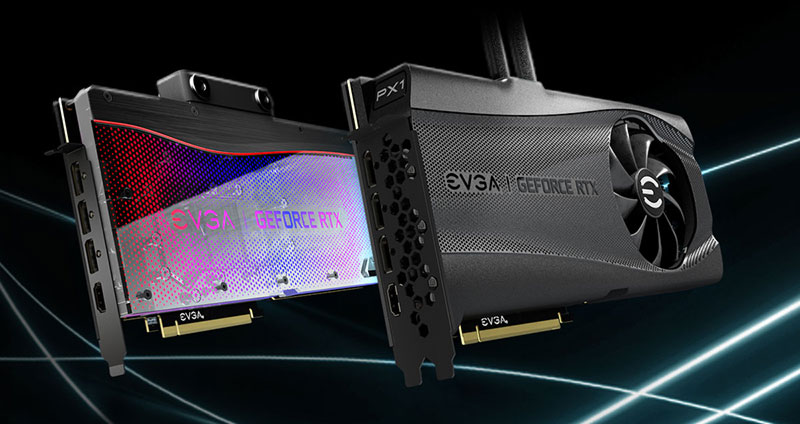 The EVGA Hydro Copper models feature full-cover waterblocks and are claimed to be the "ultimate solution to quench the demands of high-end gaming, rendering, Folding, Crunching, Benchmarking, or whatever". As the name of the product hints these cards feature solid copper blocks, with nickel plating, materials picked due to their great thermal conductivity.

As a full-cover water block you won't be surprised to hear that the CNC milled and nickel plated copper blocks make contact with all the crucial heat generating components to effectively cool your graphics card even under the heaviest loads.

These Hydro Copper solutions are 1.2 slot designs and EVGA said it had to go slightly thicker than single slot due to Ampere's power demands. Atop of the metal cooler block the sputter coated acrylic surface integrates aRGB LEDs which are controlled via the Precision X1 software – the same place you adjust and modify component clocks, monitor temperatures and so on.

The pricing of the EVGA Hydro Copper GeForce RTX 30 models, alongside default GPU boost clocks, is as follows:

If you don't have a liquid cooling loop already in your PC and you don't want to bother implementing one you might be more interested in the new EVGA GeForce RTXᐪ 3090 / 3080 Series Hybrid cooler graphics cards. These look a lot like the KingPin card rcenetly launched, but the radiator features two instead of three 120mm fans.

The Hybrid cards are said to be easy to install with no-hassle maintenance but deliver a combo of raw performance, cooling, and aesthetics that air cooled models would find it hard to match.

In addition to the solid copper base plate used to directly cool the GPU, the design features a dedicated memory cooling plate and large VRM heatsinks plus a Hydro Dynamic Bearing fan on the card. Checking the product pages I noticed the Hydro Copper design did a significantly better job in reducing the load temperatures of the memory modules though.

EVGA uses the Asetek patented pump design in its Hybrid products. The four Hybrid cards with core clocks and US dollar pricing are bullet pointed below:

At the time of writing the products I checked were out of stock but 'Coming Soon'. All of them were restricted to one purchase per household, as part of EVGA's efforts to foil the scalpers.