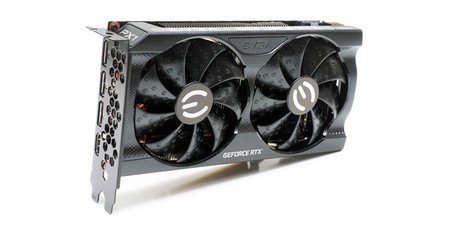 Back in mid-February Bit-Tech reported upon the news that Nvidia would be limiting the cryptocurrency mining performance of the upcoming RTX 3060 12GB to try and make sure more of its GeForce products "end up in the hands of gamers". There have been several reports / rumours of this hash limiter's demise, but none had any substance until yesterday.

PC Watch was probably the first site to verify that something had indeed been done about the artificial hash rate limiter implemented by Nvidia in its new GeForce RTX 3060 graphics cards. It noted that the method it verified to be working required a modified driver and BIOS, though "anyone can easily do it with a little effort". However, things aren't exactly as they seemed to PC Watch, and a few hours further investigation has revealed some more surprises about Nvidia's hash rate limiter implementation.

German tech site HardwareLuxx has checked out a few permutations and found that the 'hack' is even simpler than PC Watch suggested. It tested combinations of graphics cards, drivers and BIOS files and found that the best option for RTX 3060 12GB owners was to simply install the current development driver from Nvidia (GeForce 470.05, as mentioned by previous hack stories) and leave the BIOS alone.

With its EVGA GeForce RTX 3060 XC Gaming running QuickMiner from NiceHash the dev driver yielded a hash rate over 41MH/s. This compares against the dual driver/BIOS hack performance of 35MH/s, and the previous top performance of this hardware of 21.7MH/s.

Further investigations uncovered that "when you use the RTX 3060 as a secondary device / have more than one, only the primary card runs with the full mining performance, while all others are still throttled." With this in mind, it could possibly be intentional that Nvidia has unleashed single RTX 3060 GPUs, while keeping the restriction on those who would use serious multi-GPU rigs dedicated to mining crypto.