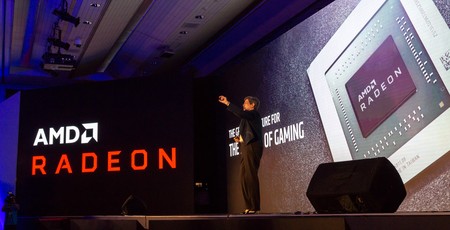 AMD has released initial details of its 7nm Navi GPU architecture and the first consumer graphics cards to utilise it, the Radeon RX 5000 series, which will launch in July.

The key message is that Navi will see AMD finally move away from the ageing Graphics Core Next (GCN) architecture and onto a new one called RadeonDNA, or RDNA for short. Said by Dr. Lisa Su to be ‘optimised for the future of gaming’, RDNA was hinted at having a decade of life planned for it.

Technical details are currently very thin on the ground, but Dr Lisa Su has revealed that it uses a brand new Compute Unit design that is focussed on improving both efficiency and instructions per clock (IPC) relative to GCN. She also spoke of a new multi-level cache hierachy that’s said to reduce latency, provide the GPU with higher bandwidth, and keep power consumption lower. The graphics pipeline was also described as being optimised for performance per clock and high clock speeds generally. AMD revealed it can hit up to 1.25x the performance per clock and up to 1.5x the performance per watt compared to previous-generation parts.

The first consumer GPUs featuring 7nm Navi are set to arrive in July as part of the new Radeon RX 5000 Series. Exact product names and specifications have yet to be revealed, but we do know the GPUs will feature PCIe 4.0 connectivity and GDDR6 memory. AMD also showed a demo of an RX 5000 Series card running the title Strange Brigade at roughly 10 percent faster than Nvidia’s RTX 2070, suggesting that AMD is not looking to take on Nvidia’s very fastest GPUs with Navi, at least initially.

For those craving more details on Navi, AMD has promised to reveal much more about the products, pricing, and performance at an E3 presentation currently scheduled for June 10th 2019 at 3PM Pacific time (11PM local UK time). 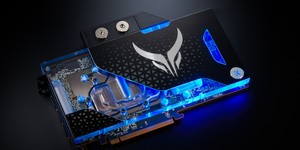 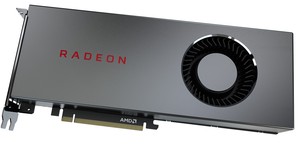