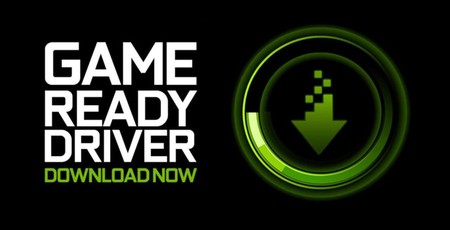 If you are still using a Windows 7 or Windows 8/8.1 system for your PC gaming fun, then it won't be long until you will be the proud owner of a 'retro-gaming system', as Nvidia signals the end of Game Ready Driver support for these older operating systems. From October this year, Windows 7 and 8/8.1 users will no longer be able to grab the latest Game Ready Driver – however, they will still be supported by any critical security updates that are necessary all the way until September 2024.

Nvidia outlines the 'support plan' for Windows 7 and Windows 8/8.1, as follows:

As hinted in the intro, the changes aren't going to stop your PC/Nvidia GPU and games working, but as new games come out you might find the lack of specific driver support and optimisations for the latest and greatest AAA title mean you probably should spend hard-earned cash on such a release. In brief, it is hard to know, on a game by game basis, what success you might have running a brand-new title on unsupported hardware.

Nvidia puts forward several reasons for its withdrawal of support for the older versions of Windows. Microsoft has stopped supporting Windows 7 for example, and Windows 8.1 is nearing its EOL. Additionally, most GeForce customers are now Windows 10 users, says Nvidia. Last but not least is the oft repeated tale that withdrawing support for older systems frees up resources for better levels of support on the modern systems.

If you run Windows 7 or 8/8.1, and have an Nvidia Kepler desktop GPU, we have a double whammy for you as these graphics cards are being similarly relegated to PC gaming history. The last Nvidia Game Ready Driver to support Kepler desktop GPUs is the same as the last one to support Windows 7, 8 and 8.1. Also, when the R495 driver family debuts, you will be left out in the cold. Nvidia's reasoning for the dropping of Kepler desktop GPU support is mainly that "Kepler-based desktop GPUs initially launched in March of 2012." Moreover, it wants its driver and QA teams to concentrate on supporting modern tech such as DX12 Ultimate and DLSS. Sadly, in the current GPU-constrained climate, companies are still launching Kepler GPUs onto the public. For example, last week MSI launched a 'new' passive GeForce GT 730 graphics card (pictured above), reprising a GPU first released in 2014.