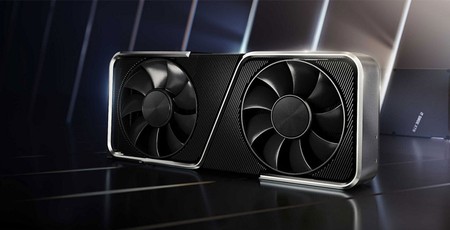 The first of Nvidia's GeForce RTX 3060 family of graphics cards will become available to purchase today. Nvidia is starting the ball rolling with the GeForce RTX 3060 Ti Founders Edition, with an MSRP of $399/£369. The usual wide range of partner cards are also being prepared, and the likes of Asus, EVGA, Gigabyte et al have already shown off triple and dual fan equipped models at prices ranging from the MSRP and quite a distance upwards. In the immediate future those prices will likely vary a lot depending upon supply, as we have seen with other recent next gen cards from Nvidia, AMD and their respective partners.

We have previously published some rumours about the GeForce RTX 3060 Ti here on Bit-Tech, in the runup to the official launch, and looking back they seem to have been accurate – but what is a GeForce RTX 3060 Ti? Check the key hardware spec below:

We estimate that the RTX 3060 Ti will perform about 10 to 15 per cent slower than the RTX 3070 but it does so with a 20 per cent cheaper price tag, meaning better value if the level of performance on offer matches your requirements. The memory subsystem is the same as on the RTX 3070 but the reduced processing core quota means it is likely created using GA104 GPUs that haven't quite made the grade for an RTX 3070 card. Nvidia has provided a comparative performance slide pitting the RTX 3060 Ti not against its RTX 3070 brother but vs the previous gen equivalent (the RTX 2060 Super) and the aforementioned $699 RTX 2080 Super. You can see that the RTX 3060 Ti is a clear winner by both these measures in Nvidia's own tests.

The new GeForce RTX 3060 Ti looks pretty good with its second gen RTX and DLSS support and the Nvidia FE model is nicely built in a dual slot form factor. It still might be a bit pricey for mass market domination in the way that the GTX 1060 dominates the Steam Hardware Survey to this day - but Jensen Huang seems to think that Ampere will get a lot more folk to leave Pascal behind than Turning did.

The release of the RTX 3060 Ti has set up the Nvidia's stall a lot nearer the mass market segment and it will be interesting to see both Nvidia's follow ups in the RTX 3060 family (and below), and AMD's RX 6000 series replies in the coming weeks.