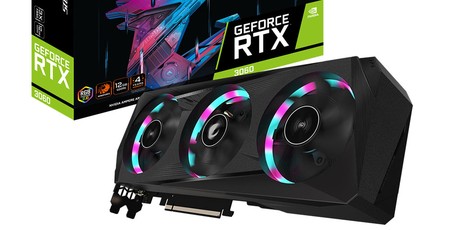 Nvidia's attempt to get on side with gamers by putting a stick in the wheel of the GeForce RTX 3060's ETH crypto-currency mining performance didn't really work out. The graphics firm overpromised and under-delivered thanks largely to; accidentally releasing a dev driver that bypassed the crypto throttling, and then tinkerers discovering you could use cheap dummy HDMI plugs to run multiple RTX 3060s unthrottled with ease.

Now it looks like Nvidia is preparing its crypro-nerf tactics v2 which will fold in "more mechanisms" to make sure this mid-range consumer GPU doesn't become a popular choice with ETH crypto-miners. HKEPC says that it has been tipped off by a Taiwanese graphics card maker about the GeForce RTX 3060 with the GA106-300 GPU being succeeded by the same card model featuring a GA106-302 GPU. The source expects GeForce RTX 3060 graphics cards incorporating the new GPU revision to start to become available next month. Furthermore, the plans are to introduce the new cardss with no obvious indication of the GPU revision. If that's true it might be counterproductive as big miners could turn to scalping to buy all stocks, keep the GA106-300 models, and make $£$s selling the others on.

Whatever happens, one must hope Nvidia has learned from its original crypto-nerf tech's multiple flaws. Last but not least, it is rumoured that Nvidia will also be releasing similarly revised GPUs for the higher-end cards in its GeForce stables.