Nvidia and Microsoft have jointly announced what they describe as a 'hyperscale GPU accelerator' for artificial intelligence and deep learning projects, released under a permissive licence as part of the Open Compute Project.

The Nvidia HGX-1, the company explained during a presentation late last night, is an open-source design for an industry standard implementation of many-core GPU-accelerated computing and part of Microsoft's Project Olympus open-source cloud infrastructure programme. Described as being as fundamental for cloud-based artificial intelligence projects as the Advanced Technology Extended (ATX) standard was for motherboards, the HGX-1 is an undeniable beast: each unit includes eight Tesla P100 GPU-based accelerator boards linked using a new revision of Nvidia's NVLink high-performance interconnect technology which allows any CPU in the system to communicate with any combination of GPUs at a minimum latency.

'AI is a new computing model that requires a new architecture,' claimed Jen-Hsun Huang, Nvidia's founder and chief executive, at the unveiling. 'The HGX-1 hyperscale GPU accelerator will do for AI cloud computing what the ATX standard did to make PCs pervasive today. It will enable cloud-service providers to easily adopt Nvidia GPUs to meet surging demand for AI computing.'

'The HGX-1 AI accelerator provides extreme performance scalability to meet the demanding requirements of fast-growing machine learning workloads,' added Microsoft's Kushagra Vaid, 'and its unique design allows it to be easily adopted into existing data centers around the world.'

Developed by Nvidia and Microsoft in partnership with Foxconn subsidiary Ingrasys, the HGX-1 is being released under Microsoft's Project Olympus umbrella as a permissive design for the Open Compute Project - a group of which Nvidia now finds itself a member. Designs shared within the Open Compute Project, founded by Facebook and boasting Intel, AMD, Microsoft, and now Nvidia among its members, are available for any other member to use free of charge and without restriction.

At the same event, Microsoft also detailed work with Intel to include Skylake Xeon processors in its latest Olympus designs, plans to integrate Intel's field-programmable gate array (FPGA) and Nervana accelerators in future designs, and a partnership with AMD to include support for Zen-based Naples server CPUs in Project Olympus designs. More information is available from the company's blog post, while Nvidia's press release reveals more about the HGX-1 itself. 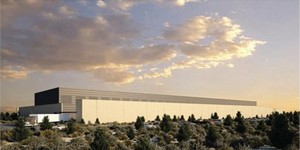 Seeks an engineer to lead the efforts. 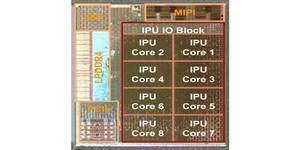