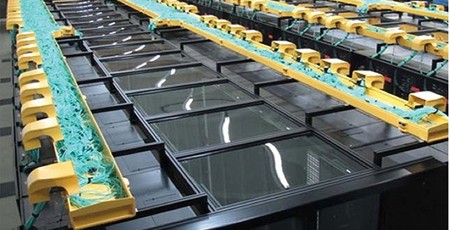 The SuperMUC-NG supercomputer currently sites quite comfortably at number 15 in the Top500. It has been well-placed for several years but is starting to slip in the rankings a little. The current design is based upon aging but mightily powerful combination of (holds breath); 6,336 thin nodes, each with dual Intel Xeon Skylake CPUs and 96GB of memory, alongside 144 fat nodes, equipped with the same CPUs bolstered by an extra 672GB of memory per node. It is a water-cooled system based at the Leibniz Supercomputing Centre (LRZ) in München, Germany, and features 70 petabytes of storage, delivers 19.5 Linpack petaflops. Phase 2 of SuperMUC-NG has been announced this week, and it is going to involve lots of shiny new Intel hardware. The upgrades are coming not just to the CPUs, but with a stack of new GPU technology to accelerate and advance the supercomputer's AI capabilities.

Key improvements in Phase 2 are as follows:

HPC Wire comments that the application of Ponte Vecchio GPUs in LRZ will only be the second such announcement following that made by the Argonne National Laboratory’s forthcoming Aurora exascale supercomputer. The DAOS system is expected to arrive this autumn but the majority of the new compute system won't be installed until spring 2022. Needless to say, the researchers and scientists are preparing for the upgrades with new code and algorithms.

The change in the architecture of the SuperMUC-NG coincides with the change in demand from its users, according to Dieter Kranzlmüller, director of LRZ. "Over the last years, we’ve observed our users accessing our systems not only for classical modeling and simulation, but increasingly for data analysis with artificial intelligence methods," commented Kranzlmüller.