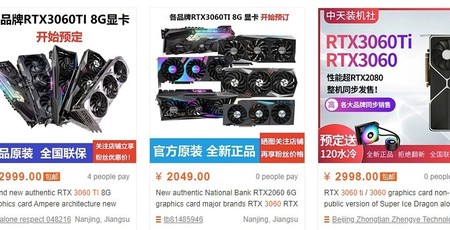 It might not have been officially announced yet but if a Chinese marketplace listing is anything to go by, a Nvidia GeForce RTX 3060 Ti graphics card will be available in the coming months.

Originally spotted by VideoCardz, the Nvidia GeForce RTX 3060 Ti is listed on retailers on Chinese marketplace, Taobao. Best of all, the listing offers up some details about the card.

First up is a price with the card listed at between $305 and $446 although one retailer explains that's a holding price. Also, VideoCardz reckons the specification of the card makes a price of under $400 much more likely.

Basically then, it slots in nicely just behind the RTX 3070 for all your Ampere-based graphics needs. No pictures are available just yet with all the retailers using placeholders of other graphics cards, but it's likely it'll look similar to the slightly beefier sibling.

The listings suggest a launch date of around mid-November or possibly slightly later so if Nvidia is going to confirm it, it should be fairly soon. It was always likely that more RTX 30-series cards would come along, although we're not 100 percent confident of this source. Still, a lot of the details make sense so we're guessing and hoping that it's only a few finer details that may change over time.

Whether the cards will suffer the same stock issues that the RTX 3080 and RTX 3090 struggled with, we'll have to see. At least there's a bit of time to sort out your finances first if Nvidia is yet to announce it. 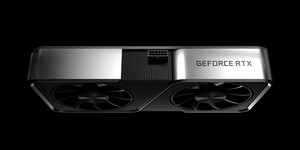 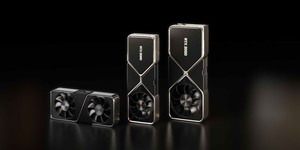 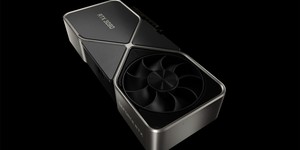