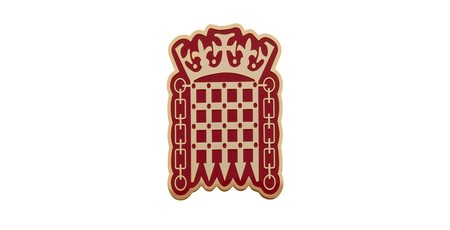 The House of Lords has issued a report, 'Regulating in a Digital World,' in which recommendations are made for a new regulatory framework which can better hold technology companies to 'an enforceable set of shared principles.'

Set up owing, the House of Lords explains, to growing concern over technology companies' various privacy and security failings as well as their purported failure to 'adequately tackle online harms' ranging from access to terroristic content to cyberbullying, a committee found a need for a new 'Digital Authority' which could be able to offer unified oversight over what is currently the remit of a number of largely-disconnected government bodies.

'The Government should not just be responding to news headlines but looking ahead so that the services that constitute the digital world can be held accountable to an agreed set of principles,' explains Lord Gilbert of Pateng, the committee's chair, of his group's findings. 'Self-regulation by online platforms is clearly failing. The current regulatory framework is out of date. The evidence we heard made a compelling and urgent case for a new approach to regulation. Without intervention, the largest tech companies are likely to gain ever more control of technologies which extract personal data and make decisions affecting people's lives. Our proposals will ensure that rights are protected online as they are offline while keeping the internet open to innovation and creativity, with a new culture of ethical behaviour embedded in the design of service.'

In the report, 'Regulating in a Digital World,' the committee recommends the creation of a 'Digital Authority' which could coordinate existing regulators, assess whether regulation is proving effective or requires modification, and make recommendations where changes or new powers are required to fill gaps, reporting to a joint committee formed from both of the Houses of Parliament. This authority, it further explains, would adopt the report's 'ten principles for regulation', which include accountability, respect for privacy, and freedom of expression.

Additional recommendations, looking at more specific actions that can be taken, include imposing a 'duty of care' on online services which allow the upload and distribution of user-generated content, the establishment of a classification framework similar to that used by the British Board of Film Classification (BBFC), a requirement for a service's default settings to be those which offer users the most privacy possible, the publication of annual transparency statements, new powers for the Information Commissioner's Office, and the creation of a public-interest test for proposed mergers and acquisitions.

'The Lords Committee is absolutely right that there needs to be a single framework governing the way consumer data is treated. An ethical approach to technology is definitely possible – the question is whether the tech giants want to work that way, and to what extent governments can require it of them,' says Iain Brown, head of data science, at SAS UK & Ireland, of the report. 'The future is being built by artificial intelligence – now's the time for regulators to look at ways of embedding ethical practices into the way it’s used in the market.

'There needs to be clear chains of accountability to ensure privacy is taken seriously. Organisations need to be open and honest about how customer data is used. And they need to be able to demonstrate clearly why customers get the treatment they do – it’s not OK to just take decisions based on a black-box automated system. We live in the digital age and our data is our most valuable asset. But it’s not just the data that needs to be handled correctly, but how decisions are made using that data. It’s right and proper to demand it be treated ethically. The challenge of course is everyone’s view of what’s "ethical" is likely to differ so there are challenges in creating rules or a framework for all organisations to follow. But as our lives move increasingly online, companies should treat our data (and decisions using that data) like any other personal possession – with care and respect.'

The full report is available now from the Parliament website.