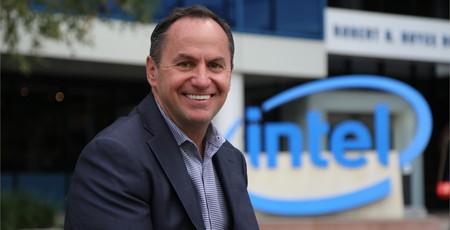 Intel has issued its earnings report for the first quarter of its 2019 financial year, but despite a slight increase over projections flat year-on-year revenue and a bleaker than expected outlook for the second quarter has investors antsy.

In its financial report last night, Intel admitted that its growth had slowed - though not quite to the extent it had warned in January. Its revenue in the first quarter of the 2019 financial year was flat year-on-year at $16.1 billion, while its gross margin had slipped by four percentage points from 60.6 percent to 56.6 percent - likely as a result of the company's ongoing chip shortages. Its net income, in more concerning news, dropped 11 percent from $4.5 billion to $4 billion - not aided by a 1.5 percentage point tax rate increase from 11.1 percent to 12.6 percent.

'Results for the first quarter were slightly higher than our January expectations. We shipped a strong mix of high-performance products and continued spending discipline while ramping 10nm and managing a challenging NAND pricing environment. Looking ahead, we're taking a more cautious view of the year, although we expect market conditions to improve in the second half,' says Bob Swan, Intel's chief executive, of the report and its projections. 'Our team is focused on expanding our market opportunity, accelerating our innovation and improving execution while evolving our culture. We aim to capitalise on key technology inflections that set us up to play a larger role in our customers' success, while improving returns for our owners.'

That 10nm ramping, however, may not be going according to plan. Already years behind schedule, and responsible for the death of Intel's traditional tick-tock development process which saw the company release new microarchitectures one year then move them to a shrunken semiconductor process node the next, Intel has only committed to having low-power mobile parts ready by the end of the year; this will be followed by high-end Xeon processors in 2020. A leaked, and as-yet unverified, roadmap published by Tweakers.net suggests that mainstream 10nm desktop parts may not arrived until 2022 - a full seven years after its 2012 roadmap had penned in its 10nm launch.

Looking at the company's various divisions, the PC-centric Client Computing Group (CCG) saw revenue up four percent year-on-year to $8.6 billion; this gain was tempered, however, by a six percent drop in revenue from the company's Data Centre Group (DCG) to $4.9 billion. From the company's minority business divisions, the Internet of Things Group (IOTG) rose eight percent to $910 million, the Non-Volatile Memory Solutions Group (NSG) dropped 12 percent to $915 million, and the Programmable Solutions Group dropped two percent to $486 million. A big winner, though, was Intel's Mobileye autonomous driving subsidiary, which enjoyed 38 percent growth to hit a revenue high of $209 million for the quarter.

The company's reduced outlook, both for the coming quarter and the full 2019 financial year, has not gone down well with investors: After closing 1.89 percent down for the day, Intel's stock plummeted a further 7.78 percent in after-hours trading. 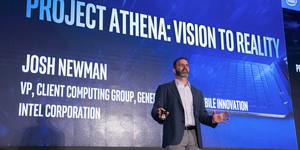