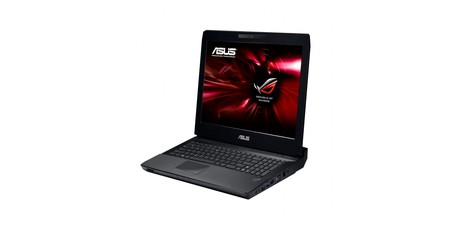 Gadget maker Asus has announced that it's making a bigger effort to go green, publishing its first environmental profit and loss report in partnership with PricewaterhouseCoopers Taiwan.

In finance, a profit and loss report - typically abbreviated to a P&L report - does exactly what it says on the tin: indicates exactly where and how a company's profits and losses were made. It's a tool which is used to track down where losses can be stemmed and profits increased, and its environmental variant - the EP&L - does the same thing for a company's impact on the world around it, assigning positive impacts to the 'profit' column and negative impacts to the 'loss' column and tying them to their economic impact for ease of comparison.

With increasing pressure on technology companies to clean up their acts, it's little surprise to find Asus aiming for a public relations win by publishing its own EP&L - though, sadly, it has done so purely for a single product line, its consumer notebooks. These, the company has indicated, are reasonably green to manufacture and sell - but, unfortunately, the components that go into them are not.

In a summary of the report issued to press late yesterday, Asus explains that the largest environmental impact of consumer notebook products come at the raw material mining and manufacturing and major component manufacturing stages: By far the largest is water pollution, a major side-effect of both mining and component manufacture, followed by greenhouse gas emissions, solid waste, and water consumption - the latter distinct from water pollution.

To address these, Asus has launched a range of as-yet unspecified 'green' initiatives, including new supply chain management strategies and new rules for choosing materials and components suppliers. The company has also confirmed it will continue to produce EP&L reports on an annual basis, with its next report to expand the investigation beyond consumer notebooks to include handheld devices like tablets and smartphones, motherboards, desktop computers, and monitors - though not, oddly, graphics cards or peripherals.

The company has not yet published the full report on its press or investor relations portals.