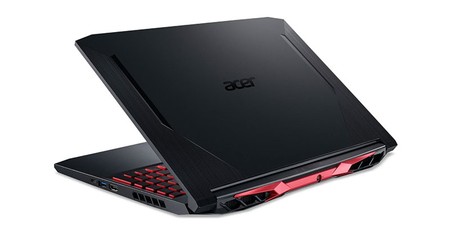 CES 2021 is less than a month away and we know AMD will be presenting a host of "high-performance computing and graphics solutions" at its 12th January keynote, hosted by Dr Lisa Su. Among the thrills spilled we expect to see AMD launch its next generation mobile APUs, the AMD Ryzen 5000 Mobile series processors. There have been various information and benchmark leaks about this new product range. The most confusing aspect of the coming gen is that the Ryzen 5000 series will contain a mix of SKUs; some with Zen 2 cores (Lucienne parts) and some with Zen 3 cores (Cezanne). Today we are looking more closely at a benchmark leak featuring the AMD Ryzen 7 5800H (Cezanne) with Radeon Graphics.

Twitter-based PC hardware leaker Tum Apisak has shared another interesting find. In his digging through the Geekbench database, Apisak has unearthed the results from an Acer Nitro AN515-45 laptop. This new laptop appears to feature the yet to be announced AMD Ryzen 7 5800H with Radeon Graphics.

As well as a benchmark score, Geekbench shares a modicum of information such as some basic CPU details. According to the benchmark the Ryzen 7 5800H is an 8 core / 16 thread processor. Other important details are that it has a base clock of 3.20GHz, and a boost clock of 4.44GHz, according to the software.

So, how well does the new upper echelon Ryzen 5000 mobile part perform? The single core test result is probably the most interesting – a score of 1475, while the processor achieves 7630 when all cores are unshackled. An easy comparison to make is against the previous gen part, AMD's Ryzen 7 4800H. I found a result from an Acer Nitro AN515-44 laptop and it scored 1147 (1T) and 6438 (nT). Obviously the Cezanne chip has a big advantage with single thread processing but gains are more modest, but still worthwhile in multithread workloads.

Remember this is just one result so may not be a representative sample – however the stronger 1T performance is indeed an appealing property of the Zen 3 architecture, as we have seen on desktop. 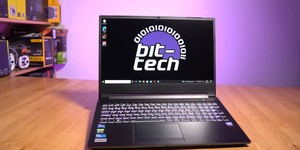