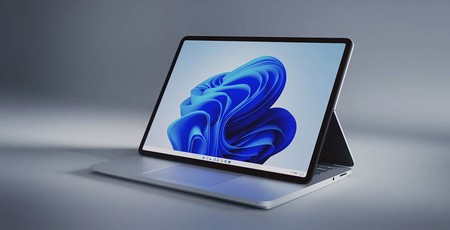 In a live stream on Wednesday evening, Microsoft took the wraps off eight new Surface devices and accessories. It was claimed to be the largest Surface hardware unveiling event yet, with most of the new devices and accessories already available for pre-order with releases timed to coincide with the launch of Windows 11, on 5th October. So, one can understand the importance of these Surface devices, as the torch-bearers for the best Windows 11 software can offer.

Above, you can see the full event stream, as captured and saved by the official Microsoft Surface YouTube channel. It isn't brief, at nearly 50 minutes, but is useful if you want to learn anything more about any specific product. As I reel through the device reveals below, I will provide timestamps from the above for further digestion. Starting with what enthusiasts and power users might consider to be the highlight of the evening, Microsoft unveiled the Surface Laptop Studio, which it described as the most powerful Surface ever. It isn't that powerful compared to most modern gaming or creator laptops, but this must be the price of great portability, battery life, and hybrid convertibility.

The Surface Laptop Studio's party trick is its hinge mechanism, which transforms it from a normal clamshell style laptop through Stage mode (keyboard covered presentation mode), to Studio mode, which is a fancy way of saying tablet or slate mode, with the screen tilted slightly to present a natural and comfortable drawing, annotating, or inking surface.

It is interesting to see Microsoft go for this different convertible style, as well as test a new screen format with this release. The 14.4-inch PixelSense touchscreen display is claimed to be a Goldilocks proposition, combining a 13.3-inch heft, with an almost 15-inch experience.

As for the power of the device, which Microsoft crows about several times, it can be configured with up at an Intel Core H35 i7-11370H (4C/8T) processor, and Nvidia GeForce RTX 3050 Ti  laptop GPU. A suitably performant cooling system is in place we are assured, and you can see evidence of quite some thought put into this with the multi-vented cooling plinth design.

All the other specs you would expect from a modern portable for hybrid workers are present including up to 32GB of RAM, and up to a 2TB SSD, good (Windows Hello) webcams and mics, a backlit keyboard, twin USB 4.0 Thunderbolt ports and all the options they open up. Elsewhere, there are some nice premium touches such as the assured looking magnesium and aluminium construction, and the work done to minimise the dimensions and weight of this device (323 x 228 x 19mm, 1.8kg). The battery is claimed to last as long as 19 hours in mixed use.

Microsoft's Surface Pro 8 is the latest in this line of iconic and popular devices. The reasons you should be interested in this latest version are; for the continuation of this Pro hybrid form factor, the claim that this new machine is more than twice as fast as its predecessor thanks to the latest Intel processors with Iris Xe graphics, a new quick access removable SSD feature, enhanced multimedia capabilities, and maintaining the great portability of the series.

The Surface Pro X, Microsoft's Arm powered tablet, hasn't changed from last year other than now being made available in a Wi-Fi only SKU. On the software side, Microsoft is enabling 64-bit app emulation, and of course Windows 11 will be pre-installed going forward.

Microsoft's Surface Go 3, doesn't overwhelm you with new features, either. This 10.5-inch Surface hybrid does have a worthwhile upgrade though – it can be configured with up to an Intel Core i3-10100Y processor for a performance uplift of up to 60 per cent compared to the prior generation. Last but not least, Microsoft has significantly overhauled its vision of a folding Android smartphone with which to deliver "the power of Microsoft 365 in your pocket". We got to officially see the Microsoft Surface Duo 2 for the first time last night. Microsoft seemingly considered most would-be user wish lists this time (or listened to feedback on the last effort) by opting for a true current flagship processor (SD888 with 5G), as well as buffing the photographic capabilities significantly (triple camera setup), providing larger AMOLED screens, a slim notifications summary display on the device spine, NFC, and a longer lasting battery.

All the devices above are available to pre-order, depending on your location, with order fulfilment from 5th Oct, at the following starting USD prices: