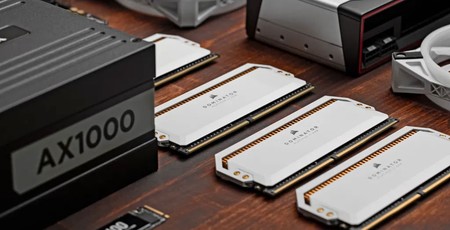 Corsair has published an interesting blog post about preparing for the next generation of PC memory. Of course, it is talking about the impending availability of DDR5 RAM on desktop platforms that support Intel Alder Lake-S and AMD Ryzen 6000 processors. Intel's ADL-S chips are expected to appear in November or December this year, for AMD's next gen we are probably looking at early 2022.

To begin its transitional tale outlining the journey to DDR5, Corsair says that DDR4 has had a very good run, but it will fall by the wayside in future PC desktop builds as DDR5 boasts improvements that will be felt in both your current and future computing tasks.

Bit-Tech has previously covered the development, and finalising of the DDR5 spec, as well as reported on Samsung and SK hynix DDR5 ICs production plans. Thus, regular readers will have a solid understanding of what to expect – of why the move to DDR5 is such an attractive change. Nevertheless, it is good to see the refresher charts from Corsair making the benefits of DDR5 abundantly clear. Corsair indicates that the extra bandwidth available thanks to DDR5 will be of great help to high-core count CPU based systems, while the extra density will enable larger memory quotas to tackle bigger and more complex tasks. 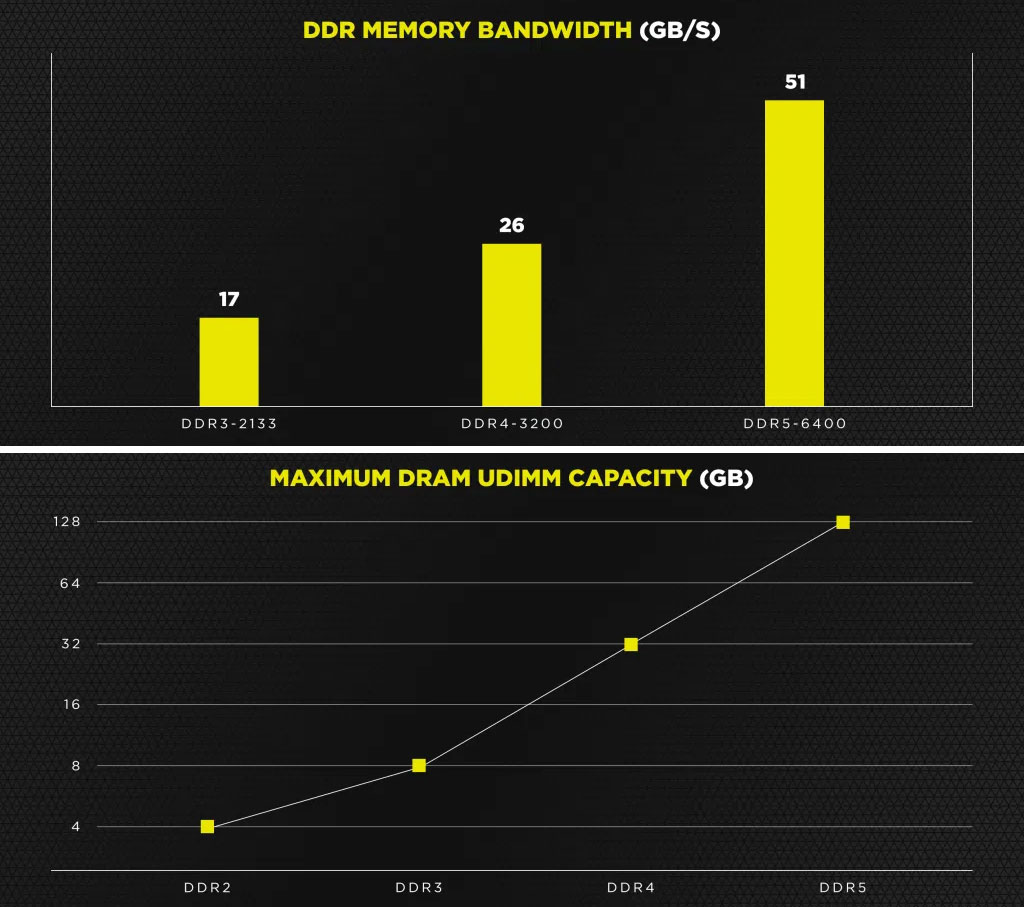 Above you can see Corsair's key attractions of DDR5 charts, but as well as the bandwidth and capacity benefits, another important upgrade is in the component's energy efficiency. 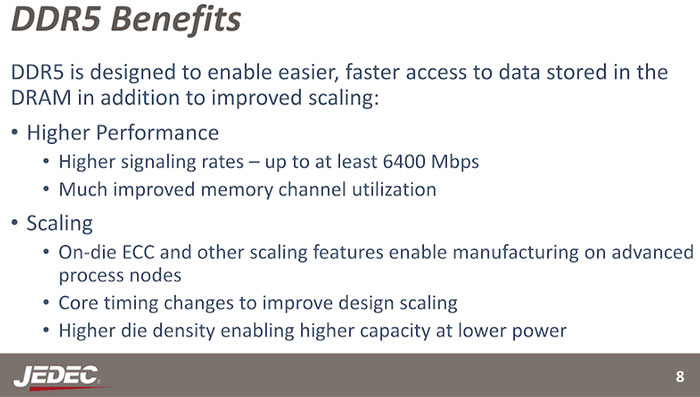 Corsair promises to keep its social media followers up to date with its DDR5 developments over the next few months. It already hints that it has DDR5-6400 modules up and running on tests systems, at the time of writing. Remember that is one of the base expectations for DDR5, but it is better than other samples we have heard about and Corsair's push to faster frequencies in DDR4 indicate it will be one of the leaders in DDR5 memory modules too.