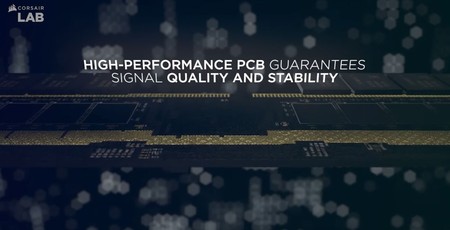 A new tech talk video from Corsair Labs features George Makris, director of marketing for DIY products at Corsair, and Matt Woithe, Memory Product Manager at Corsair in conversation. The Corsair execs talk about computer memory, starting at the basics, before moving onto the development of DDR through the generations, before finally espousing the benefits of the soon-to-be available cutting-edge DDR5 technology.

Corsair has used its dual-path heat-exchange (DHX) memory module cooling technology since the first generation of DDR memory arrived. In brief, it is based around a multi-layered fin structure that provides heatsink mass not just to the memory chips, but to the PCB too. Corsair's Makris points out that with DDR5 running so fast, and the new standard taking on board voltage regulation duties (previously a duty taken care of by the motherboard), that DDR5 modules could become a significantly greater heat generating zone in your PC.

Despite the concerns raised, Corsair seems to think its most recent DHX solution is going to take the heightened thermal dissipation requirements in its stride. The latest iteration of DHX, as seen in its contemporary DDR4 modules like the Dominator Platinum RGB DDR4 Memory, utilises anodised aluminium for the slotted heatspreader material, as well as embedding copper planes directly into the multi-layer PCB.

The current fastest DDR4 modules, at about 4,800MT/s, are only as fast as the entry level DDR5 spec ones that are expected to launch later in the year. Top JEDEC spec (8.400MT/s) DDR5 modules will proliferate once the standard is established, with some memory makers having transfers speeds as fast at 12,600MT/s already in their sights.