Western Digital has announced it is taking joint venture partner Toshiba to arbitration over the company's plans to spin off its semiconductor arm and sell it to a third party, claiming any such deal requires Western Digital's express consent.

Toshiba first announced it plans to spin off portions of its business back in January following major losses from the company's US nuclear power division. At the time, Toshiba said it was looking to spin out the semiconductor division of its business into a distinct legal entity and sell off a 20 percent stake for £1.4 billion to £2.12 billion as a means of balancing its books, with Western Digital tipped as the party most likely to pick up up the business.

Later that month, Toshiba extended its plans from the semiconductor arm to its entire memory division, including its solid-state storage products, with only imaging sensors remaining in-house. At that time Western Digital was still expected to be making a bid, though in early February SK Hynix and Micron were rumoured to be among the bidders competing with Western Digital.

That competition, it would appear, has displeased Western Digital - which has still to formally confirm or deny that it is looking to make a bid of its own - and the company is taking Toshiba to arbitration in an attempt to prevent the sale going ahead. 'Joint ventures are inherently intimate commercial relationships, and in order to protect against being forced into such a relationship with parties not of their choosing, SanDisk and Toshiba agreed to protect their interests in the joint ventures by prohibiting transfers without the consent of the other party,' claimed Western Digital chief executive Steve Milligan in a statement on the matter, acting on behalf of Western Digital's SanDisk subsidiary.

'Toshiba's attempt to spin out its joint venture interests into an affiliate and then sell that affiliate is explicitly prohibited without SanDisk's consent. Seeking relief through mandatory arbitration was not our first choice in trying to resolve this matter. However, all of our other efforts to achieve a resolution to date have been unsuccessful, and so we believe legal action is now a necessary next step. We are confident in our ability to protect our rights and interests and to improve our value creation opportunities.'

The disagreement stems from a joint venture between SanDisk, at the time a separate company prior to its acquisition by Western Digital in 2015, and Toshiba on solid state storage products and technologies. As part of that agreement, WD claims, its SanDisk subsidiary has to agree on any transfer of ownership of Toshiba's share of the joint venture and that spinning out its semiconductor business to sell off a chunk represents just such a transfer. The matter is, of course, complicated by the possibility that Western Digital may be interested in bidding on the business itself.

Toshiba has not yet responded to Western Digital's claims, but the arbitration process is likely to delay its planned sale considerably - a delay the company can ill afford following its recent financial losses. 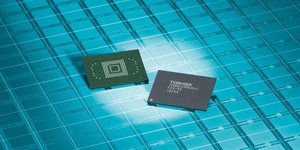 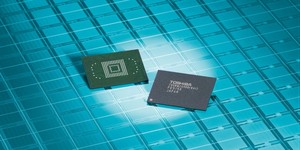 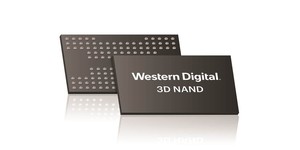 Even as they sue each other.