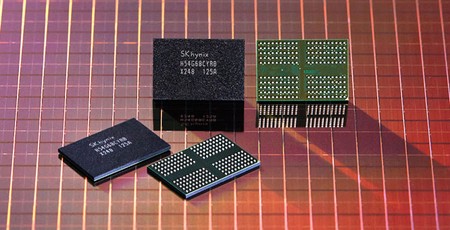 The memory industry is about to face pricing declines as the global chip shortage begins to ease. It looks like DRAM will be the first major PC component to be impacted by this reversal in the tide, for a number of reasons. Morgan Stanley published a report titled 'Winter Is Coming' late last week, outlining the chilly, difficult environment that will be most harshly felt among memory makers as we end this year and head into next. Financial site Barron's had a look at Morgan Stanley's note, which caused grief for holders of stock of memory makers when it was published on Thursday. Trading was rough for the likes of Micron and WD (both down ~7 per cent on the day), while Korean tech giants with memory making operations weren't quite so badly hit; SK hynix down 4.7 per cent, Samsung (with a much broader business) down 1.9 per cent.

Barron's reminds us that DRAM, like Flash NAND, is largely a commodity product like oil, gas, or gold. Tech enthusiasts might not entirely agree about that classification, but it seems to be true when considering the industry in general. What has happening in the last few months is that memory customers have been seeing DRAM prices increase and tried to get ahead of that by stocking up on ICs. Now there is a strong whiff of a reversal, the same customers have stopped buying as they expect prices to fall in the coming months, and they are comfortable with inventory levels. Morgan Stanley's report echoes one from TrendForce a couple of days previous, which put some numbers to its expectations. TrendForce reckons that Q3 is going to be a weakly positive one for PC DRAM pricing after a strong Q2 (where we saw price increases in the region of 25 per cent). It sees the decline start to be established in Q4 this year, and that will mark the passing of the current cycle and moving into a new one – with downwards pricing pressure to continue. A glimmer of light is visible for consumers in the graphics card market too, as graphics RAM plays a significant part in the product costs, and with this component following the same cycle as PC DRAM. Meanwhile, server RAM pricing will remain mostly flat to the end of 2021, reckons TrendForce.