Qualcomm has officially launched its own legal offensive against customer Apple, following the latter's filing in three jurisdictions alleging monopolistic abuses and royalty withholding, claiming the company's case is built around its 'misrepresenting facts and making false statements' and that it artificially restricted the performance of Qualcomm parts in the iPhone 7 to make competitors' equivalents look better.

Apple first made its beef with Qualcomm clear in January this year, when the US Federal Trade Commission filed suit against Qualcomm for anti-competitive behaviour based on a complaint filed by Apple. In its case, the FTC claimed that Qualcomm was abusing its monopolistic position by tying customers in to using Qualcomm baseband processors exclusively, refusing to license standard-essential patents under the required fair, reasonable, and non-discriminatory (FRAND) terms, and had extracted exclusivity from Apple in exchange for reduced patent royalties between 2011 and 2016.

Days later Apple itself filed suit against Qualcomm for withheld royalty payments in the US, then quickly followed up with a second lawsuit in China alleging the same abuses as the FTC filing in the US. Later that month, the company would file a similar case in the UK - meaning it is now fighting Qualcomm on three fronts simultaneously.

At the time of the Chinese lawsuit's filing, Qualcomm chief executive Steve Mollenkopf claimed that 'We intend to remain a good supplier to Apple even while this dispute continues. Our preference is to resolve customer disputes with negotiation instead of litigation' - a stance which the company has apparently reversed by filing its own suit against Apple in the US this week.

'Qualcomm is the world leader in inventing and developing fundamental, ground-breaking mobile technologies that enable the worldwide mobile ecosystem. Today, Qualcomm's patented technologies remain the primary value driver for mobile devices,' claimed Don Rosenberg, executive vice president and general counsel of Qualcomm, following the filing. 'The value of our inventions has been proven through hundreds of license agreements, negotiated and renegotiated over almost three decades, with virtually every significant handset maker in history, including the companies in Asia that have manufactured Apple iPhones and iPads. Over the last ten years, Apple has played a significant role in bringing the benefits of mobile technology to consumers with its popular products and services.

'But Apple could not have built the incredible iPhone franchise that has made it the most profitable company in the world, capturing over 90 percent of smartphone profits, without relying upon Qualcomm's fundamental cellular technologies. Now, after a decade of historic growth, Apple refuses to acknowledge the well established and continuing value of those technologies. It has launched a global attack on Qualcomm and is attempting to use its enormous market power to coerce unfair and unreasonable license terms from Qualcomm. We intend to vigorously defend our business model, and pursue our right to protect and receive fair value for our technological contributions to the industry.'

In its suit, Qualcomm alleges that Apple's lawsuits and FTC complaints are the result of the company 'misrepresenting facts and making false statements,' that the company has 'interfered with Qualcomm’s long-standing agreements with Qualcomm licensees that manufacture iPhones and iPads for Apple,' and that it has 'breached agreements and mischaracterised agreements and negotiations with Qualcomm'. In a more serious allegation, Apple is accused of having artificially restricted the performance of Qualcomm's modem chips in the iPhone 7 in order to make competitors' devices appear more powerful, and then having 'threatened Qualcomm in an attempt to prevent it from making any public comparisons about the superior performance of the Qualcomm-powered iPhones.'

Apple has not yet responded to the company's claims. 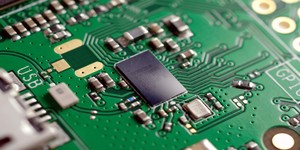 Hock Tan not taking no for an answer.