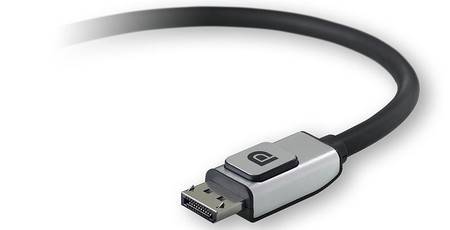 The Video Electronics Standards Association (VESA) has officially released DisplayPort 2.0, the latest revision of its display connectivity standard and the first major release since March 2016.

Designed as an alternative to the High-Definition Multimedia Interface (HDMI) commonly found on TVs, DisplayPort uses a more compact connector - or, since 2014, the USB Type-C connector - and can carry additional signals including USB and audio, or be carried in turn alongside other signals in implementations like Intel's Thunderbolt. First released by the Video Electronics Standards Association (VESA) in May 2006, DisplayPort has been subject to a number of upgrades over the years: DisplayPort 1.2 doubled the bandwidth; 1.2a was the first to include support for Adaptive Sync variable refresh rate; 1.3 increased bandwidth yet again to 32.4Gb/s; 1.4 added improved interoperability with HDMI and added a visually-lossless compression option. While DisplayPort was revised to version 1.4a in April 2018, VESA has not made details of the changes from March 2016's DisplayPort 1.4 standard public.

A pledge by the company to release DisplayPort 2.0 in 'early 2017' failed to come to pass, but VESA is finally ready to release the standard publicly: DisplayPort 2.0, the organisation claims, comes with a threefold increase in bandwidth, at 77.37Gb/s, compared to DisplayPort 1.4a, support for resolutions above 8K, higher refresh rates, improved high dynamic range (HDR) support, and tweaks for augmented and virtual reality (AR/VR) displays, including 4K-per-eye compatibility. These upgrades, VESA explains, include the ability to run an 8K (7,680x4,320) resolution display at a 60Hz refresh rate in 4:4:4 full-colour and with HDR-10 support, or to run a 16K (15,360x8,460) display with the same settings when using the DSC compression function.

Naturally, the new standard - which will again be available as native DisplayPort and the DisplayPort Alternate Mode function of USB Type-C - is backwards compatible with previous generations, and includes the same functionality as its predecessors. Interestingly, the standard includes a contribution from Intel this time around: The physical layer (PHY) is based on Intel's Thunderbolt 3 standard. Finally, the standard also includes Panel Replay functionality - based on the Panel Self Refresh feature of Embedded DisplayPort (eDP) - which reduces power draw by only updating portions of the display that have changed since the last refresh.

'Being an open standards body comprising more than 280 member companies across the electronics value chain gives VESA a unique vantage point to anticipate the needs of the display market several years out and add new capabilities to our standards ahead of demand,' adds Alan Kobayashi, chair of the VESA DisplayPort Task Group. 'DP 2.0 represents one of our most significant milestones in the history of DisplayPort, and is the culmination of several years' effort and major enhancements to this ubiquitous standard. Like the previous versions of DisplayPort that helped pave the way for major inflection points in video technology such as UHD, 4K, 5K, video over USB-C and HDR, DP 2.0 will help take the industry to the next level - enabling even higher frame rates and resolutions up to and beyond 8K, greater flexibility in display configurations including multiple monitor setups, as well as improved power efficiency.'

The first DisplayPort 2.0 devices are expected to arrive on the market in late 2020, VESA has confirmed. 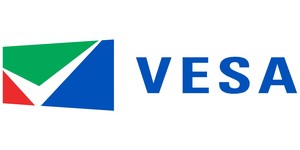 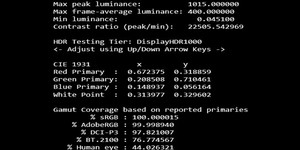