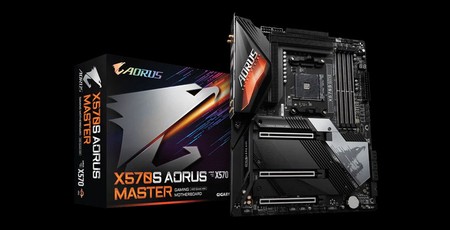 There have been various leaks and spills about AMD releasing a new, revamped, passively cooled X570 chipset for Ryzen processor devotees over recent weeks / months. Today, Gigabyte has gone official with its range of AMD X570S series motherboards, which it headlines as featuring "Extreme Silent Cooling".

Gigabyte's press release to mark this occasion includes a quote from AMD client computing exec Chris Kilburn, who described the X570S platform as "new and innovative," and said these motherboards will be a top choice for Ryzen 5000 series processors and both gamers and content creators alike.

In more technical details, Gigabyte says that its range of new X570S motherboards have the following important thermal design features in common;

In addition to the above thermal design choices, Gigabyte has implemented hybrid fans controlled / monitored by multiple temperature sensors. It goes on to say that the new thermal design has facilitated improved power delivery – with all new boards offering at least a 14 phase digital power design, with the top-end X570 Aorus Xtreme motherboard featuring 16 phases. Throughout the range you will have choices of various design aesthetics, RGB Fusion LED lighting, Hi-Fi audio and more, backed up by regular Gigabyte Aorus features such as Q-Flash Plus, Ultra Durable components and so on. With this latest collection, Gigabyte has also decided to release secretor motherboards under its Aero brand – just like it does with its laptops. That name makes more sense with the laptops as they are thin and light with lots of holes (venting perforations) but it looks like Aero will replace the Vision series going forward. If you want a closer look at the five new AMD X570S Series motherboards from Gigabyte, you can visit the official product pages, full of specs and feature descriptions, which include a handy product comparison feature too.