Supplies of Intel's own motherboards for its Haswell chips are reportedly limited, as the company heads towards a closure of its consumer motherboard arm.

Intel announced that it would be leaving the desktop motherboard market in January this year, stating that it wanted to focus instead on its Next Unit of Computing (NUC) and Ultrabook programmes in the consumer space. While future processor generations will only see Intel boards being made for the server market, the company promised that Haswell would see a full range of motherboards produced as it triggers a three-year wind-down for the company.

The original equipment manufacturer (OEM) and original design manufacturer (ODM) channel is rumbling with rumours that Intel's promise to fully support Haswell with own-brand motherboards isn't quite turning out the way that was hoped, with board shortages leaving manufacturers forced to turn to third-party motherboard makers.

Supply chain sources have reached out to CRN to claim that Intel boards are providing difficult to obtain. Part of the problem, it seems, is in the limited number of different models on offer: only five models have been announced, compared to the double-figure board models available from Intel for the Ivy Bridge and Sandy Bridge processor families. With so few different boards on offer, OEMs and ODMs are snapping up larger quantities of each rather than spreading their requirements across a number of stock keeping units (SKUs.)

Another reason being bandied about is Intel's desire to leave the desktop motherboard market. Although it promised to fully support Haswell with own-brand boards, the company has been sending out timely reminders to its hardware partners that the end is nigh - and could be kicking things off with a scaling down of production.

Intel has told the site that it intends to investigate claims of parts shortages, and will work with its supply partners - but also, tellingly, stated that it will be helping its partners find alternative motherboards from third-party manufacturers. While this is a win for the manufactures in question, it means additional engineering work - and while third-party boards are typically the first choice of enthusiasts building their own machines, many box-shifters like being able to buy the motherboard and processor from the same company for simplicity and the promise of guaranteed compatibility.

Intel has not yet given a firm date for when it will leave the desktop motherboard market altogether, beyond a commitment to wind down its business in this area over the next three years. 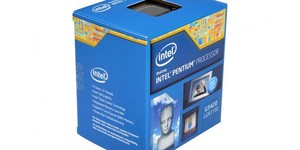 Intel and bit-tech want you to design an Intel NUC case. The best five designs will get a free NUC!