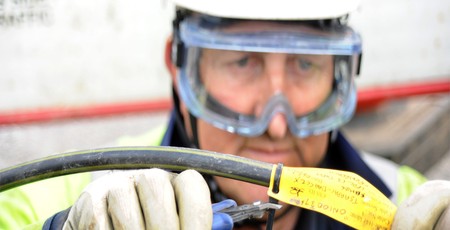 The UK's Department for Digital, Culture, Media and Sport (DMCS) has given communications regulator Ofcom a two-year deadline to implement a universal service obligation (USO) which will give all UK citizens the right to access 10Mb/s or higher broadband.

Announced back in December last year, the new universal service obligation (USO) means that every citizen in the UK must be given access to internet service providers (ISPs) offering 10Mb/s or higher connectivity. The regulatory shift came after industry incumbent promised to fund the roll-out itself if the government would only make it voluntary rather than a legal requirement, which was rejected following a study by telecommunications regulator Ofcom.

As part of the original USO announcement, the Department for Digital, Culture, Media, and Sport (DMCS) announced that the requirement would come into force in 2020, and now it has confirmed that Ofcom will be working to that two-year schedule.

'In the 21st century, accessing the internet is a necessity not a luxury,' explains Minster for Digital Margot James. 'We are building a Britain that is fit for the future, and we’re now putting high speed broadband on a similar footing as other essential services like water and phone lines.'

The USO itself has not changed since its announcement in December, requiring at least 10Mb/s downstream and 'quality requirements' for upstream, latency, and data allowances, a per-premises cost threshold of £3,400 beyond which households will have the option of satellite connectivity or to cover the difference in cost themselves; 'demand aggregation' which will allow customers to combine their per-premises thresholds; uniform pricing so that USO customers are not overcharged compared to customer served outside the USO; and for all funding to come from the industry, rather than taxpayer's pockets.

Stage one of the roll-out, in which providers are able to put their name into the hat to be selected for USO provision, has begun now, Ofcom has confirmed.