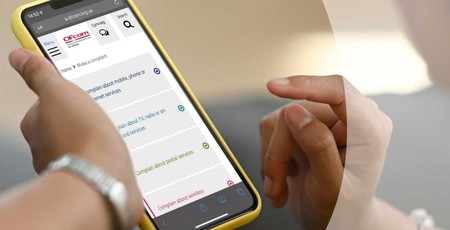 Ofcom has published its latest UK telecoms and pay TV industry league tables. The data was published on Monday but covers just the first quarter of this year, so there is obviously quite some time needed for Ofcom's researchers to compile and analyse the data and write up and chart these reports. The report, available as a PDF or interactive presentation, charts customer complaints about broadband, landlines, mobile, and pay TV. Virgin Media managed to secure bottom place in three out of the four categories. Three grasped most complained mobile operator award away from Virgin Media, denying them a full-house.

Ofcom says it conducts these customer satisfaction surveys to "better understand the reasons for dissatisfaction among residential customers," in the sectors where it is the watchdog. It noted that in Q1 2021, the period covered by this latest survey, it received fixed broadband and landline complaints approaching a three-year-high. It says this might be related to the period of the third national lockdown, students at home and grown-ups working from home – both heavily reliant on phone/broadband to get things done. You can see an amalgamation of charts for all four telecoms sectors monitored by Ofcom for complaints, above. Readers will have their own experiences with these providers over recent years, to help them choose if they are going to switch contracts when the time comes.

With regard to Virgin Media's low quality placing in Q1 2021, Ofcom provides some insight in its PDF report. For example, it says that Virgin's main complaint driver in broadband was with complaints handling (39%) - and fault, service, and provisioning issues (33%). Its billing, pricing and charging functions were not so bad. Similarly, with landline, mobile, and pay TV, Virgin was its own worst enemy, with complaints handling always being very poor, the major bugbear with the company, in the eyes of its customers. As I mentioned in the intro, Three managed to secure bottom place in mobile provider complaints charts. Looking at the Ofcom data and report, it faced a very similar set of complaints to Virgin, with very similar levels of dissatisfaction with regard to complaints handling, and effort to change providers. However, if you refer to all the complaints charts it appears that, overall, despite being a newer tech industry, mobile networks don't cause customers nearly as much mischief as the likes of broadband and landlines.