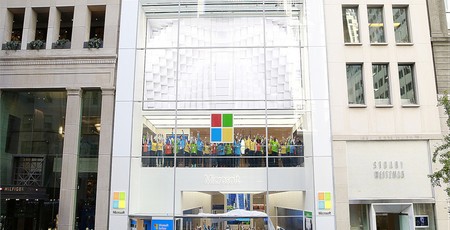 Microsoft has confirmed it is expanding its range of high-street shops, originally opened in the US in an attempt to compete with Apple, with a flagship opening on London's Regent Street in the near future.

Microsoft first announced plans to open high-street retail outlets back in 2009, as part of the company's focus on own-brand devices like the Surface family. Light, airy, heavily-Microsoft-branded places, the Microsoft Stores in the US are designed to evoke a similar feeling to stepping in an Apple Store - but while its etail marketplaces have spread across the globe, Microsoft has been slow in bringing its own-brand shops to nations other than the US: The company runs 116 Microsoft Stores globally, of which 106 are in the US, eight in Canada, and one each in Australia and Puerto Rico.

Now, though, the company is launching its first permanent bricks-and-mortar store in the UK, on London's Regent Street. 'We couldn’t be happier to be opening a flagship store in the heart of central London at Oxford Circus, where two of the world's most iconic shopping streets meet,' explains Microsoft UK head Cindy Rose. 'We know our customers and fans, whether they are from London, the broader UK, or just visiting, will love our bold plans for the space. This will be so much more than just a great place to experience all that is possible with Microsoft, but a real hub for the community where we'll be bringing to life our passion for helping people explore their creativity through an ambitious program of workshops and training along with moments that work to unite the community.'

Microsoft has not confirmed whether it plans to open additional UK shops, nor when the Regent Street facility will open.

GAME Group has announced the closure of 277 stores, chiefly among its Gamestation brand.