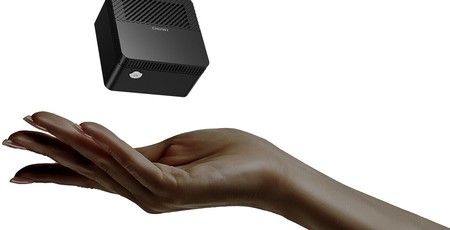 Chinese tech company, Chuwi, has developed what it considers to be the world's smallest Windows 10 PC in the form of the LarkBox, a mini PC that'll fit in the palm of your hand.

The device uses an 8th generation Intel Celeron quad-core N4100 processor alongside 6GB of LPDDR4 RAM and 128GB storage which we're suspecting is eMMC based. Graphics card wise, it uses the Celeron N4100's UHD Graphics 600 iGPU. A gaming machine this most definitely isn't, but it does have some core advantages besides its tiny size. For one thing, it offers 4K video output via its HDMI port making it also the world's first 4K enabled mini PC, supposedly. Other ports include two USB Type-A connectors and one Type-C for power only, along with a microSD slot, and 3.5mm headphone jack. There's Bluetooth 5.0 support as well as 802.11ac as well.

Size-wise, we're not so sure it's actually the smallest PC out there, or how Chuwi is deciding this. It measures 61 x 61 x 43 which is a bit chunkier than numerous PC sticks out there that also use Windows 10, but it's certainly small. It'll easily fit in one's hand and the suggestion is that its benchmarks are far superior to most PC sticks.

Chuwi promises that the LarkBox will be ultra-silent thanks to its single cooling fan which leans heavily into the idea that the LarkBox would be a perfect low power home office machine or even as a lightweight home server instead of a Raspberry Pi et al.

In the past, Chuwi has worked on a few quirky products including its Aerobox which used the same motherboard and stylings as the Xbox One S. The LarkBox looks one of the more useful alternatives though, given it seems like something that would be ideal for a few simple scenarios. We could certainly envisage chucking it in a bag for using when staying at an AirBnB or similar, instead of relying on heavier equipment. Even just as a streaming box, it could prove more useful than something like an Apple TV.

There's no word yet on a price or release date. We'd expect this to come in at between £200-£250 though. Hopefully, it'll make its way to European shores reasonably quickly. 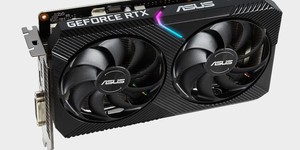 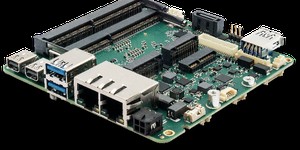 NUCs won't be your only option for mini PCs soon