The Italian Supreme Court has effectively banned the 'Microsoft Tax,' the term used to refer to an inability to purchase computer systems from many retailers without a bundled and non-refundable copy of Microsoft Windows.

As the overwhelming majority shareholder of the desktop and laptop market, there's no surprise that Microsoft's Windows operating system is the default option for all new devices on the market. It's also, arguably, unfair to expect box-shifters to test and certify other operating systems on their hardware to please a single-digit percentage of said market. Where convenience turns unfair, however, is in an inability to purchase computing hardware without paying for a Windows licence even if the buyer has the intention of installing an alternative operating system.

Dubbed the Microsoft Tax or Windows Tax, there have been some small moves in the past to obtain refunds for the bundled software post-purchase providing it can be proven that an alternative operating system is in use. The fight to make this a recognised right, however, is long-running: a case filed by Italian resident Marco Pieraccioli with the Corte di Cassazione (Italian Supreme Court) against Hewlett Packard's Italian arm in 2005 has only just concluded, but it's good news for those who don't want to pay the Microsoft Tax.

According to a post on the Free Software Foundation blog by Marco Ciurcina, a lawyer who worked on the case on Pieraccioli's behalf, the Italian Supreme Court is clear: the Microsoft Tax is no longer permitted in Italy. '[a customer] who buys a computer on which a given operational software (operating system) was preinstalled by the manufacturer has the right, if he does not agree to the conditions of the licence of the software made available to him at first start of the computer, to retain the computer returning only the software covered by the license he did not accept, with refund of the part of the price that specifically relates to it,' the court's ruling reads.

The court's judgement argues that there exists two separate contracts: one for the purchase of the computer, and one to agree to use the software preinstalled on first execution. If the latter is not agreed to, then the contract is void - but the first contract, on the purchase of the computer itself, remains intact. Anyone in Italy wishing to take advantage of the ruling, which follows a similar ruling in France, need simply reject the licence agreement and contact their retailer for a refund equal to the value of the bundled software.

The full ruling can be read in Italian here (PDF warning.) 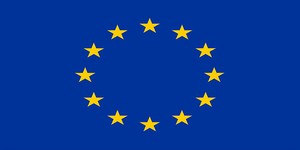 Shows off new designs at Computex.

Financials looking healthy but for Nokia.