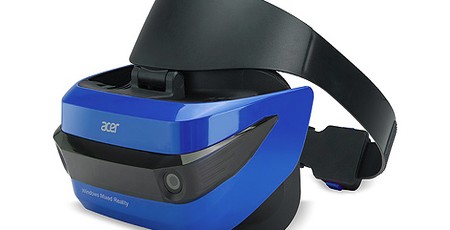 HP and Acer have both launched their respective Windows Mixed Reality Headset hardware, designed as more affordable alternatives to Microsoft's own HoloLens platform, with a pair of major caveats: They're developer editions, and they're currently US-only.

Microsoft first hinted at a more affordable future for virtual and augmented reality in October last year with the announcement of partnerships on headsets starting at $299 (around £226 excluding taxes). Compared to the company's own HoloLens augmented reality platform, which costs a whopping $3,000 (around £2,227 excluding taxes), that's a major saving - though the devices in question are tethered, rather than standalone, and with reduced specifications.

Hardware partners Acer and HP opened pre-orders for their headsets back in May. Now, the pair have launched their devices for immediate purchase through the Microsoft Store - with the catch that they're developer edition packs and available, at present, exclusively in the US.

Acer's $299 Windows Mixed Reality Headset Developer Edition is based around two square-aspect liquid crystal displays with a 1,440 x 1,440 resolution apiece for a combined 2,880 x 1,440 resolution. As hardware for the Windows Mixed Reality platform, it's designed more for augmented reality than virtual reality and includes a pair of cameras on its front panel which serve to reproduce the user's surroundings, sense depth, and track head movement.

HP's $329 Windows Mixed Reality Headset Developer Edition is somewhat less bulky than Acer's offering, but otherwise identical. As with its rival, it offers a two-display 2,880 x 1,440 resolution, twin-camera inside-out tracking, and support for various input peripherals. In both cases, buyers are advised that the devices are 'available for developers only' and require a PC running Windows 10 Creators Update or later with Developer Mode enabled, an Intel Core i7 or AMD Ryzen 7 1700 or better processor, Nvidia GTX 980/1060 or AMD Radeon RX 480 8GB or better graphics, and at least 16GB of RAM.

Thus far, neither HP, Acer, nor Microsoft has spoken to international availability nor the launch of a commercial version of the Windows Mixed Reality devices. 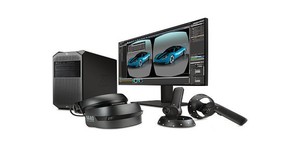 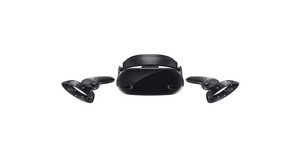 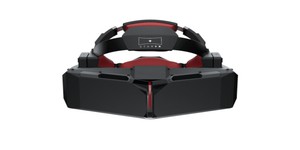