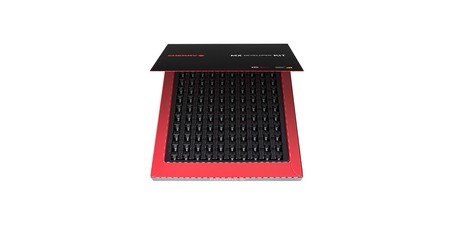 Switch specialist Cherry has announced the launch of the Cherry MX Switch Developer Kit, offering a full set of 110 switches in your style of choice - including, for the first time, Cherry MX Silent Red and Cherry MX Speed flavours.

A feature of mechanical keyboards is the ease with which they can be customised. As well as the keyboards themselves typically being sold with a choice of switch types from silent linear to ultra-tactile clicky, the switches can be removed from the circuit and replaced - allowing the creation of "rainbow" keyboards which use different switch types for different keys, or even mixing and matching the components of individual switches such as combining parts from Cherry MX Blue and Cherry MX Clear switches to create the custom Cherry MX Blear type.

Traditionally, however, those seeking to do such customisation were left with two choices: buy individual switches at an impressive mark-up, or buy a donor keyboard from which to salvage switches. Now, Cherry has announced it is officially supporting the hobbyist element with the launch of Cherry MX Switch Developer Kits, packs of 110 switches - enough for a full-size keyboard - at a considerable discount over the cost of 110 individual switches.

The Developer Kits, Cherry has explained, will be available in the entire official Cherry MX range: Cherry MX Red, Black, Blue, Brown, Green, Clear, Silent Black, Silent Red, and Speed. The latter two are of particular interest: Before now, Silent Red and Speed switches were available only in keyboards from selected partner companies thanks to timed exclusivity agreements which have since expired.

Cherry has confirmed that the switch kits are to be sold exclusively through German retailer Reichelt Elektronik, priced at €40 including VAT (around £36). At the time of writing, the kits were not yet available to order. More information is available on the official website. 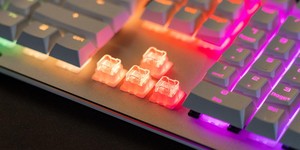 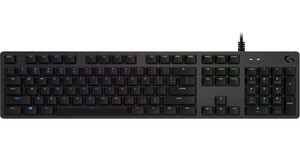 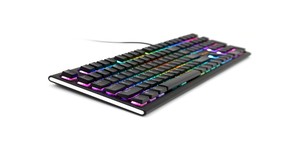