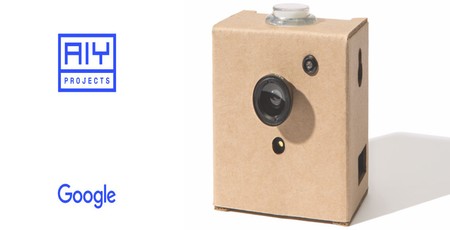 Advertising giant Google has announced the launch of its second hardware kit for the Raspberry Pi family of single-board computers: The AIY Vision Kit.

Following on from the launch of the AIY Voice kit, which turned a Raspberry Pi into a button-activated Google Home voice assistant, the AIY Vision Kit is the logical next step: A low-cost bundle of parts which gives a Raspberry Pi computer vision capabilities courtesy of a custom 'bonnet' accessory with an on-board Intel Movidius MA2450 vision processing unit (VPU).

Supplied as a build-it-yourself kit in a cardboard housing, the AIY Voice Kit bundle includes the aforementioned VisionBonnet accessory, whose on-board Movidius VPU carries out the heavy lifting required for neural network modelling and computer vision tasks, an arcade-style button to activate the system, a piezo speaker for feedback, a pair of lenses for macro and wide shots, and the mounting parts required to put it all together. The buyer, meanwhile, will have to supply a Raspberry Pi Zero W single-board computer and Raspberry Pi Camera, along with a micro-SD card and power supply.

'The provided software includes three TensorFlow-based neural network models for different vision applications. One based on MobileNets can recognise a thousand common objects, a second can recognise faces and their expressions and the third is a person, cat and dog detector,' explains Google of the launch. 'We've also included a tool to compile models for Vision Kit, so you can train and retrain models with TensorFlow on your workstation or any cloud service.'

The release marks a major push for Intel's Movidius subsidiary, which had previously had its products limited to developer-targeted USB accelerators and embedded into a range of camera-based devices. With a low-cost kit aimed at hobbyists and education, Movidius will be hoping that the popularity of developing for its VPU products will improve.

Google has confirmed the Vision AIY Kit will launch later this month, with US pricing set at $44.99 (around £33.34 excluding taxes) at retail partner Micro Center. 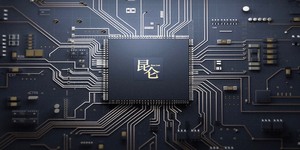 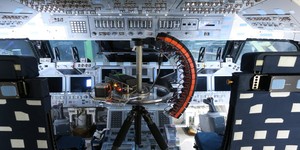