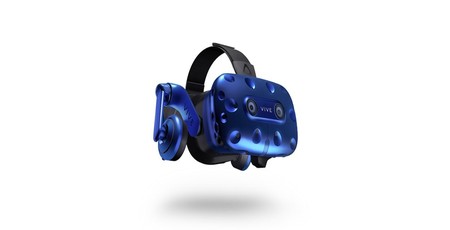 HTC has officially opened pre-orders for its Vive Pro virtual reality bundle in the UK, setting the bar at £799.99 (inc. VAT) and dropping the price of the standard Vive bundle to £499.99 (inc. VAT).

Designed to build on the success of HTC's original Vive, the Vive Pro includes a range of improvements starting with the display: The 2,160 x 1,200 OLED display of the original Vive design, offering a density of 448 pixels per inch, is upgraded to 2,880 x 1,600 AMOLED at 615 pixels per inch while retaining the same 90Hz refresh rate. The field of view, too, is unchanged at 110 degrees, but the onboard tracking system is considerably enhanced: While the original Vive is capable of accurate tracking with a 15 square feet area, the Vive Pro copes with a 33 square feet playfield and boasts dual front-facing cameras to the Vive's singular camera.

Other claimed enhancements include a redesigned face cushion and nose pad for improved light blocking, improved comfort during elongated play sessions, support for a new - but still optional - wireless adaptor based on Intel's WiGig technology, and an integrated audio headset with high-resolution certification.

Some changes, however, may not be welcomed by those making the move from the original Vive: The Vive Pro does away with the HDMI port in favour of DisplayPort 1.2 connectivity, along with USB 3.0 Type-C for sensor data and Bluetooth for connectivity to the hand-tracking controllers.

Pre-orders for the Vive Pro went live at 1PM today, with OverclockersUK the first to confirm pricing to us: £799.99 (inc. VAT) as a standalone headset or £1,249.99 (inc. VAT) with bundled Lighthouse modules and hand-tracking controllers, though in what the company describes as 'super limited' quantities. At the same time, the original Vive is getting a further price cut from £599.99 to £499.99 - though it also loses the bundled Fallout 4 VR Edition game in favour of a two-month subscription to HTC's VivePort service. 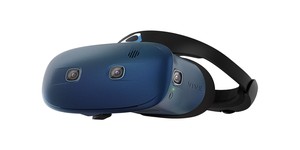 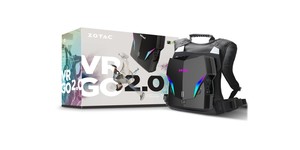