John Carmack: Oculus Go to be unlocked for tinkerers 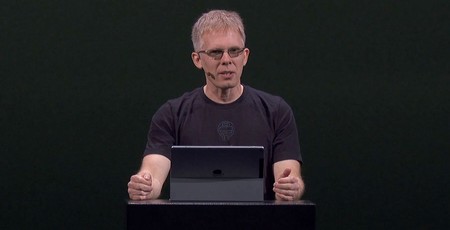 Facebook released the Oculus Go back in 2018, and it was officially discontinued in mid-2020. The reason for the discontinuation given at the time was the sheer march of technology, and the arrival of the more capable Oculus Quest (particularly with its 6DOF tracking vs 3DOF) made the Go appear somewhat limited, or stale.

Oculus Go users were promised continued support in the shape of security patches and bug fixes until 2022, but new apps and features faded from the radar last December. Now it looks likely more exciting things will appear on the Oculus Go menu, as Facebook intends to unlock the headset bootloader, providing full root access to users.

John Carmack, currently a part-time consulting CTO at Oculus, has announced that "We are going to make available an unlocked OS build for the Oculus Go headset that can be side loaded to get full root access." Carmack continued by explaining that "This opens up the ability to repurpose the hardware for more things today, and means that a randomly discovered shrink-wrapped headset twenty years from now will be able to update to the final software version, long after over-the-air update servers have been shut down."

In some of his Tweets on the topic, Carmack talked about having pushed Facebook to enable this hardware unlocking feature "for years". He said that he hoped this move, with regard to the Oculus Go, sets a precedent for when HMDs get replaced by newer models in the future. It wasn't easy to push through this initiative, he said. A particular idea that he had to push hard against was that "bad things could happen if users had full control of their obsolete devices". Remember that Carmack comes from a tradition where older software is open-sourced for the community.

It will be interesting to see what will transpire in the period after the Oculus Go is unlocked. One distinct possibility is that USB storage support is going to be implemented because that was trailed as an upcoming feature for the Go that never arrived, due to a "hardware problem".

In related news, Capcom has announced that a VR version of Resident Evil 4 will arrive as an Oculus Quest 2 exclusive on 21st October. Pricing is yet to be announced, but you can sign up for updates if you are interested in buying this title.