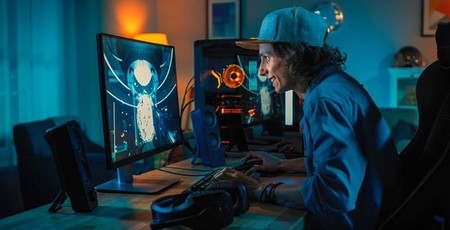 As has been noted previously, the Covid-19 pandemic hasn't harmed all industries, in fact some have benefitted from initiatives to combat the spread of the virus – like WFH and lock-downs. We already had a pretty good idea that PCs, hardware, and software sales and subscriptions were all up (among other IT products and services) as financial releases by PC industry players have been largely positive over recent quarters. Now NPD has released some independent research highlighting how the sector has thrived in 2020. In a blog post about Consumer Spend on PC Gaming Hardware and Accessories in the U.S., NPD noted an overall 62 per cent uplift in 2020, compared with 2019. It says spending on this segment was $4.5 billion in 2020. For another comparison, that is double the spending from 2017.

NPD splits the above spending figure into two main contributors; PC gaming accessories, and PC gaming hardware. The former was up 81 per cent YoY, and the latter up 57 per cent YoY. The hardware and accessories that saw the strongest growth in 2020 were; PC headsets, monitors, and keyboards.

"Covid-19 lockdown measures played a role in the growth we're seeing in PC gaming, as consumers looked for ways to stay entertained while spending more time at home," explained Stephen Baker, NPD’s technology industry advisor. However, the rate of increase is going to be much slower in 2021 according to Baker - "We are forecasting 3 per cent growth for PC gaming hardware and accessories in 2021" and this represents a plateauing of demand.

NPD's Evolution of Entertainment report made some other interesting observations. The number of people enjoying PC games was up just four per cent in the US to deliver this hardware and accessories sales bonanza. Time playing games on average was up 14 per cent though, and spending on games software was up 19 per cent to reach $5.7 billion in 2020.