Total Recall Technologies (TRT) has had its lawsuit against Oculus VR and its founder Palmer Luckey dismissed, following a ruling last year that the company may have a case for breach of contract - but on a filing technicality, rather than the merits of the case itself.

Following its acquisition by deep-pocketed social networking giant Facebook in 2014 Oculus VR has courted a series of lawsuits alleging breach of contract, theft of intellectual property, and copyright infringement. The biggest of these cases centre around two figures: Palmer Luckey, founder of Oculus VR and the public face of the company during its record-breaking crowdfunding campaigns prior to its acquisition by Facebook, and id Software co-founder John Carmack. The case against Carmack was found in favour of plaintiff Zenimax in February, with a jury finding Oculus guilty of copyright infringement but innocent of the theft of trade secrets; the case against Luckey, however, may never see the inside of a courtroom.

In January last year US District Judge William Alsup told Total Recall Technologies to proceed with a claim of breach of contract against Palmer Luckey, following the company's accusations that Luckey was hired to develop a prototype head-mounted display by the company in 2011 - prior to the launch of Luckey's crowdfunding campaign for a head-mounted display which bears no small resemblance to the device TRT hired Luckey to design and build. According to TRT, Luckey signed a non-disclosure agreement and agreed to providing the company with 'exclusive rights to [Luckey's headset] design unless we decide not to use it' - agreements Luckey broke when he went on to develop the Oculus Rift headset, TRT claimed in its filing.

Despite Judge Alsup's initial recommendation, though, he has now has thrown out the company's case - though under the fact that one of the two people behind TRT, Thomas Seidl, has refused to authorise the lawsuit, rather than on the merits or otherwise of the case itself.

Seidl, who founded TRT with Ron Igra, was responsible for the written agreement for a prototype head-mounted virtual reality display system around which the lawsuit centres. When Oculus VR was sold to Facebook, Igra was the one who wanted to sue Luckey for alleged breach of contract; Seidl refused, and Igra filed suit in Hawaii against Seidl in an effort to compel his business partner to authorise a lawsuit pitting TRT against Oculus VR and its owner Facebook.

When Total Recall Technologies filed its suit against Luckey and Oculus VR early last year, the court found, it was not the company acting but rather Igra himself and against his partner's wishes - a move disallowed by the company's founding articles, which gave both partners power of veto regarding any and all businesses decision. As a result, the defendants' counsel was able to argue that Igra had no authority to file the suit - an argument the court accepted in June 2016 with the proviso that Igra had until the end of the year to gain proper authorisation.

In an attempt to do so, Igra signed an agreement with Seidl in which Seidl received all assets and intellectual property surrounding the company while Igra received the company name and the rights to the lawsuit against Luckey and Oculus VR but with the agreement of a 30 percent share of any payout for Seidl. While this removed Seidl from the TRT legal entity and thus his power of veto, the court has ruled that his was not enough: 'Absent Seidl’s unequivocal authorisation and ratification, this lawsuit remained improper from the outset. The June 16 Order gave plenty of time for Seidl to come forward to authorise and to ratify this lawsuit and thereby vivify it. Seidl has studiously refused to do so,' Judge Alsup's latest ruling explains. 'The new Igra plan does nothing by way of providing ratification by Seidl, which was a key concern in the June 16 Order.

'Significantly, to repeat, the new Igra plan studiously avoids any authorisation or ratification by Seidl. This is fatal — and all the more aggravating, since Seidl retains a thirty percent stake in any recovery herein. The truth is that the new plan is a clever smoke-and-mirrors work-around to protect Seidl from ratifying anything while creating an appearance that Igra now controls the partnership. But it does nothing to carry us back to the moment in time of the filing of the original complaint to fix the defect that plagued this action from the start. Only Seidl’s ratification could have done that.'

Igra's decision to file the lawsuit without Seidl's consent, then, coupled with evidence entered into the case in which Seidl told Luckey that Igra's filing 'seems to be illegal to me' and that he had not 'signed anything or let him take action against you,' as well as further communications in which Seidl told Igra '[Luckey] does not owe us on a legal level,' has been the crushing blow to the case - not the point of fact of whether or not Luckey misappropriated technology developed on TRT's dime nor broke his agreements with the company.

Oculus VR has stated that it is, unsurprisingly, pleased with the court's ruling; Igra has not yet made a public statement on the matter. 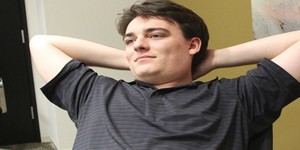