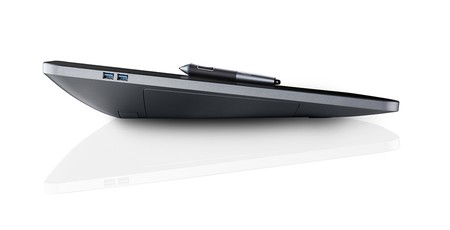 Graphics digitiser specialist Wacom has announced price cuts for its Cintiq 22HD, 27HD, and 27HD Pen & Touch Display models ahead of the launch of shiny new 24" and 32" Cintiq Pros early next year.

Combining a high-quality display panel with Wacom's pressure-sensitive digitising technology, the Cintiq family of displays has long been popular with artists who prefer to be able to see what they're doing directly on the device on which they are drawing. With increasing numbers of tablets featuring rival pressure-sensing stylus technology, though, the company is clearly feeling the pinch: Earlier this year the company announced 13" and 16" Cintiq Pro displays featuring the company's enhanced Pro Pen 2 stylus, and now it's confirmed it will be following these up with 24" and 32" models based on 4K edge-to-edge displays.

The Pro Pen 2, the primary feature of Wacom's Cintiq Pro family and also compatible with the company's Intuos Pro and MobileStudio Pro products, extends on the company's previous designs with 8,192-level pressure tracking, tilt-sensing, and what the company claims is 'virtually lag-free tracking.' The Pro Pen 2 comes as standard with the Cintiq Pro 24" and 32" digitising displays, the full specifications of which Wacom have yet to release beyond the promise of 'a billion colours and maximum colour accuracy.'

Ahead of the new Cintiq Pro launches, scheduled for January 2018, the company has announced it is knocking cash off the recommended retail prices of its large-screen non-Pro Cintiqs: The Cintiq 22HD Pen Display is dropping by £100, while the larger Cintiq 27HD Pen Display and touch-sensitive Cintiq 27HD Pen & Touch Display are both dropping by £350. The new pricing is live on the Wacom Store now, and should be followed by the market in due course.

Wacom has confirmed US recommended retail prices starting at $1,999 to $3,299 for the Cintiq Pro 24 and Cintiq Pro 32 (around £1,549 to £2,556 excluding taxes), with a notification list available for those looking for more information. 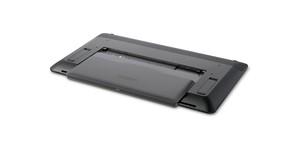