A few days before his European keynote, we caught up with Razer CEO and co-founder Min-Liang Tan for a brief chat and to follow up on our considerably longer interview from last year.

bit-tech: A hot topic at the moment is VR. HTC and Oculus are dominant, and PSVR is likely to be popular too. Regarding OSVR, is it difficult getting developers onboard with a lesser known platform? How much extra work does it involve for them?

Min-Liang Tan: We're one of the members of OSVR and our charter initially was all about making sure that we kept the platform open. I think we've done remarkably well for that because when OSVR first started out, or at least when we first initially announced it, most of the platforms were trying to move into a closed type of ecosystem and with OSVR around I think many of them have taken a bit of a step back and have become a lot more open. We've also seen the birth of some new open platforms like Microsoft Holographic and things like that so I think OSVR has completely served its purpose and remains to be important from that perspective. To be very clear, it's OSVR and not Razer. Now, with Razer the difference is we're really focussed on the perfect experience which is why there isn't a Razer VR product as of yet and that's one of the things that we are excited about. At some point in time we will have a consumer product, I hope, as VR comes about, but OSVR is doing exactly what it needs to do and it's doing it remarkably well.

Click to enlarge
bit-tech: You claimed in our last interview that product development at Razer was less about risk assessment and more about fun – what have you had the most fun with development wise in the last 18 months or so?

Min-Liang Tan: The most amount of fun… well we haven't launched some of that yet! But I've had a lot of fun with the new Razer Blade Pro. Working with the team in terms of making sure that we could meet all the thermal challenges and stuff like that and seeing true desktop performance in a laptop is pretty insane so that's been cool.

bit-tech: You also said you wanted to see more community engagement in the world of gaming – how has Razer been achieving this aim?

bit-tech: Razer Arena had just started when we last spoke. How has the response been since then? Any milestones to speak of?

Min-Liang Tan: It's still in beta at this point in time. We've run quite a number of tournaments – right now it's doing really, really well and we're very excited by it. I don't know if the new… I've spoken out of turn! But we are excited by it. I don't have any specific milestones to share off the top of my head. Click to enlarge
bit-tech: You previously said that Logitech was the only other company you recommended to people for peripherals, but at the time you didn't see it as a real competitor to Razer. However it's since released more high-end peripherals, with the Chaos 900 undeniably targeting the Mamba. Logitech went to great effort to extol its virtues over the Mamba in wireless performance. Do you have any thoughts on that product and has it forced you to up your game at all?

Min-Liang Tan: We're really focussed on the stuff we do ourselves at Razer. For example, the DeathAdder Elite has an exclusive sensor that we've developed. I've seen claims by Logitech that it's got the fastest mouse sensor but natively the DeathAdder Elite is by far the fastest mouse sensor. I've got a great amount of respect for Logitech as a company but they're just not a gamer's company. They're a great company to do value products and they make great productivity mice and stuff like that, but it's usually the kind of mouse where it's not a mouse for gamers, I would say. Again, I've got a huge amount of respect for what they do and I would still recommend them for anyone who's on a value proposition.

bit-tech: You spoke before of a long-term roadmap for wearables for gamers. How is that progressing?

Min-Liang Tan: We're still working on that. At the same time I think we have a couple of things we are working on that we're excited about. Again like all Razer products it's going to be ready when it's ready!

Click to enlarge
bit-tech: Over the last few years there's been a clear trend towards diversification (e.g. iPad keyboard, OSVR, Razer Music, etc.), and recently the zVentures Investments arm was also announced. What's the end goal here and how does this all tie back to gaming?

Min-Liang Tan: The end goal is always just the gamers. zVentures is a fund for startups by a startup and we've seen a couple of potential investments done by gamers, many of whom have been inspired by the work that we do and I'm incredibly inspired by the work that they do. I love the fact that today we're looking at supporting other gamers pursuing entrepreneurial dreams and stuff like that – I think that's very cool. It's one of those things I never thought we would do but I'm glad we are doing.

bit-tech: Are there any other CEOs, be they in gaming, tech or any other industry, that you take inspiration from and if so how and why?

Min-Liang Tan: I can't say that I take inspiration from any other CEOs but I would say that our focus has always been just on the products that we do and on the gamers around us. We're just constantly inspired by the designs that we make. I'm inspired by the work that the team comes up with. I think that's one of those things that's a personal dream come true – being able to design great products, kick ass and have fun at the same time and be able to play games all the time, stuff like that. I can't complain - let's just put it that way! Do I complain when during lunch time I boot up and start trying to play Overwatch with some of the other guys in the office and I realise that they've all levelled up so much that I feel a little inadequate? Yes, but otherwise it's all good.

bit-tech: Great. Thanks a lot, Min.

Min-Liang Tan: Thank you so much. 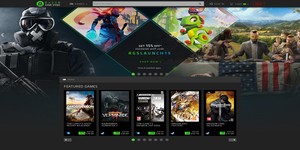