Web-host 123-Reg is currently battling to restore service to users of its virtual private server (VPS) platform, advising users to restore from their own backups if possible.

Customers of 123-Reg's VPS platform, which allows customers to share a single physical server while all pretending that it's a dedicated box, were woken on Saturday morning by outage alerts warning that something had gone wrong. The company's status page initially pegged the problem as connectivity issues, then several hours later reported the issue as a performance problem - a common issue with VPS systems, whereby a single customer can bring the box down for all users by running resource-intensive tasks which work around restrictions on how much power a process can draw from the shared pool.

A day on, though, 123-Reg was still battling the problem - and now, two days after the initial outage, 123-Reg customers are still complaining of a lack of service while the company is dropping heavy hints that the problem may in fact be due to catastrophic data loss.

'If you are currently offline and would like to restore from your own backup to save time we can set you up a new VPS image,' the company told customers in its fourth service update over the two-day outage, before adding this morning that 'customers that have a local backup of their VPS are advised to rebuild their servers.' While the company has thus far been silent on the root cause of the problem, the length of the outage combined with strong advice to restore from backups suggests that one or more VPS servers has been hit by complete data loss - an issue which, if true, could leave anyone without their own local backup out of luck and down a website.

The timing of the outage is doubly unfortunate for 123-Reg, coming as it does hot on the heels of a hoax in which a user claimed to have accidentally deleted the data of 1,535 web host customers with a badly-written script. 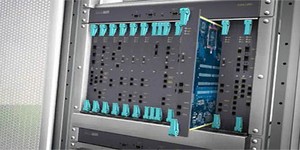 Not the happiest of New Years.