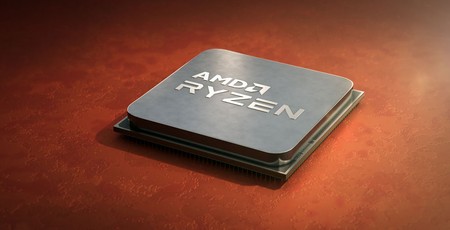 Since the Windows 11 update started to roll out earlier in the week, some people have been commenting on performance impacts with certain hardware / software configurations. AMD has confirmed issues are present with some of its processors and posted a support article addressing Windows 11 performance variation in certain applications on compatible AMD processors.

In summary, there are problems with the way Windows 11 interacts with the L3 cache and the way it works with AMD's 'preferred core' technology. AMD assures us it is working closely with Microsoft on the issues and a Windows Update will be delivered to tackle them, probably later this month. For the impatient, only the nuclear option of rolling back to Windows 10 is suggested as a workaround. The biggest of the two issues appears to be where the latency of the L3 cache on modern AMD processors appears to triple. AMD says memory sensitive applications are most severely affected by this issue. In practical terms, affected applications will see a processing slow down in the order of magnitude of 3 to 5 per cent. Gamers better watch out though, especially those who enjoy eSports titles, as these have been seen to slow down by 10 to 15 per cent.

AMD doesn't provide any estimates of the potential performance impact of its UEFI CPPC2 ('preferred core') technology not working correctly in Windows 11. The 'bug' here sounds a bit hit-and-miss, with your AMD processor's fastest cores not always chosen to chew through fewer-thread tasks. This effect is more likely to be felt where you have a >8-core processor with above 65W TDP, says AMD. With the greater number of cores, there is simply likely to be a greater performance difference between the fastest and slowest cores available.

Affected AMD / Windows 11 users are probably best advised to sit tight and suffer quietly, putting the lost potential performance to the back of their minds. When the updates come, one can at least be comforted by the relative ease of Windows Update doing its thing. Mercifully, these fixes aren't going to need motherboard vendor input or updated BIOS files etc.