The Carphone Warehouse has become the latest company to fall afoul of cracker attack, admitting that personal details for around 2.4 million of its customers are now in the wild - including 90,000 credit card details.

In an announcement made this weekend, Carphone Warehouse disclosed discovering an attack on its IT systems on the 5th of August covering the customer databases of Carphone Warehouse, OneStopPhoneShop.com, E2Save.com, Mobiles.co.uk, iD MObile, TalkTalk Mobile, and Talk Mobile. 'We took immediate action to secure these systems and launched an investigation with a leading cyber security firm to determine exactly what data was affected,' the company claimed. 'We have also put in place additional security measures to prevent further attacks.'

In a case of shutting the barn door after the horse has bolted, however, the company has admitted that its discovery may have come too late for its customers with some 2.4 million personal details being accessed during the attack. These details, the company explained, include names, addresses, dates of birth, and even bank details, along with 90,000 credit card numbers which the company has claimed were stored in an encrypted fashion.

'We take the security of customer data extremely seriously, and we are very sorry that people have been affected by this attack on our systems,' claimed Sebastian James, group chief executive of parent company Dixons Carphone, regarding the attack. 'We are, of course, informing anyone that may have been affected, and have put in place additional security measures.'

'The reality is that data breaches are no longer a question of if, but when,' opined Mike Spykerman, vice president at security firm OPSWAT of the attack. 'At least some of the information at Carphone Warehouse was encrypted, but still a lot of personal data was not.' 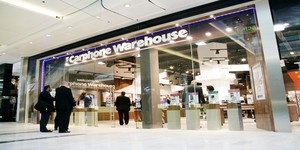