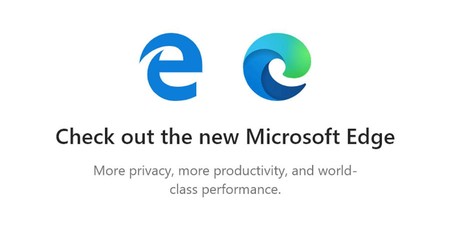 Microsoft grasped the nettle of significant change last year when it released the first stable version of the new Chromium-based Microsoft Edge browser. The plan is to phase out the legacy Edge and get everyone using Windows 10 to update to the new browser. With the same codebase as Google Chrome the new Edge is fast, full of features, and compatible with the wide range of Chrome extensions available.

Looking at the latest desktop browser stats, Microsoft's plan seems to be executing quite well. The new Edge started to be distributed in its stable form starting January last year and by March had 0.57 per cent of the market, according to StatCounter. The latest stats put its share at 8.04 per cent – up 1,400 per cent. This is a significant number as it has elbowed past Firefox which accounts for 7.97 per cent of desktop browsers spotted online by StatCounter. The new Edge's progress has been pretty swift, but it doesn't really show any signs of slowing down and an important update might work in its favour in coming months. Specifically the KB5000842 update for Windows 10 is on the way to "remove the old Microsoft Edge from Windows 10," reports Windows Latest.

Currently the legacy Microsoft Edge and new Edge live together on PC systems, as the installation didn't replace the legacy version for various reasons. However, as KB5000842 is distributed the older browser will be removed from Windows systems and users will instead default to the new browser if they were at home on the previous legacy version.

If you use another browser and are worried that the patch might 'accidentally' change the system default to the new Edge – away from Chrome, Firefox or Opera for example, then you shouldn't worry as Microsoft says that your default browser preference will remain unchanged.

KB5000842 is set for general rollout as part of the upcoming mandatory April Patch Tuesday.