CPUID has released a warning for users of its CPU-Z tool that benchmark results from the latest 1.79 release should not be compared to any results from previous versions, while also detailing changes which have seen results for AMD's Ryzen processors dropping down the league tables.

Released late last month, CPU-Z v1.79 marks the first time the benchmark portion of the tool has been modified in the last two years. The reasoning behind the new release is simple: scalability and removing the need to deal with ridiculously high numbers. 'At the time the first benchmark was released in 2015, only a few parts included 8 cores (like the 5960X). In the meantime, Ryzen was introduced, and therefore 6 and 8-cores processors will become more and more prevalent' explained CPUID in a blog post explaining the impact of the changes. 'As a result, more models with 10, 12 and 16 cores are soon to be released. More cores mean higher multi-threaded scores, and a lower scale makes the comparisons easier. The new benchmark uses a new algorithm, and its scores can not be compared with the previous version.'

The company also addressed an odd effect of the new benchmark algorithms: an apparent drop in performance when comparing an AMD Ryzen processor to an equivalent Intel processor, which is not reflected by the higher-scoring results of the previous releases. 'After a deep investigation, we found out that the code of the benchmark felt [sic] into a special case on Ryzen microarchitecture because of an unexpected sequence of integer instructions. These operations added a noticeable but similar delay in all existing microarchitectures at the time the previous benchmark was developed. When Ryzen was released, we found out that their ALUs executed this unexpected sequence in a much more efficient way, leading to results that mismatch the average performance of that new architecture,' the company has claimed. 'We reviewed many software and synthetics benchmarks without being able to find a single case where such a performance boost occurs. We're now convinced that this special case is very unlikely to happen in real-world applications.'

The switching to a new benchmark algorithm - the computation of a two-dimensional noise function as used in games to generate a procedural map - does away with this artificial performance boost, the company has explained, offering a more fair comparison between Ryzen and other architectures. The company's online results database, however, has yet to be updated with v1.79 scores, something CPUID is hoping to rectify by the end of the week. 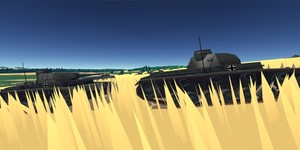 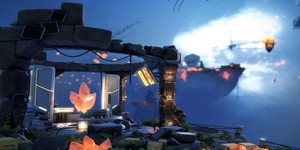