Security specialist ESET has announced the public availability of a free decryption tool designed to reverse the effects of the Crysis ransomware package, restoring users' files without the need to cough up cash.

The latest in an ever-increasing string of ransomware packages which has included the gaming-centric TeslaCrypt and Synology NAS targeted SynoLocker, Crysis works exactly like its predecessors: systems are infected through known vulnerabilities or simple social engineering, then files stored thereon are silently encrypted in the background. Once encryption is complete, the user is then greeted with a screen explaining that the private key required to restore the files to their original state will only be provided upon payment of a cash ransom - typically using the Bitcoin cryptocurrency.

Earlier this month, an unknown user posted the entire set of encryption keys used within Crysis to Pastebin, with evidence that whomever did so had access to the malware's original source code. Using these keys, researchers at antivirus firm ESET have been able to produce a decryption tool which is capable of decrypting files scrambled by a Crysis infection.

It's not the first time developers have been able to reverse a ransomware infection: in April 2015 Kaspersky happened across a cache of keys used by the CoinVault ransomware and was able to produce a decryption tool with a limited success rate; in May this year the creator of the TeslaCrypt ransomware released its master key allowing fully successful decryption tools to be developed, stating 'we are sorry' to those who had been affected by the malware. 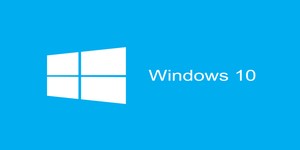 Just so long as you didn't reboot. Not much hope for other OSes, though.