Advertising giant Google has announced the biggest shake-up since its inception: its founders are leaving to run a parent company, Alphabet, which will take control of Google from here on out.

In a message to press and investors late last night, Google's Larry Page announced that he was now the chief executive of a company dubbed Alphabet, and that he was taking Google co-founder Sergey Brin along for the ride. 'Our company is operating well today, but we think we can make it cleaner and more accountable. So we are creating a new company, called Alphabet. I am really excited to be running Alphabet as CEO with help from my capable partner, Sergey, as President, claimed Page. 'What is Alphabet? Alphabet is mostly a collection of companies. The largest of which, of course, is Google. This newer Google is a bit slimmed down, with the companies that are pretty far afield of our main internet products contained in Alphabet instead. What do we mean by far afield? Good examples are our health efforts: Life Sciences (that works on the glucose-sensing contact lens), and Calico (focused on longevity). Fundamentally, we believe this allows us more management scale, as we can run things independently that aren’t very related.'

It's this increased 'management scale' of more diverse initiatives Page explained, that will form the ongoing focus for Alphabet - funded, naturally, by the impressive advertising revenue generated by Google's various products and services. As a result, it's no surprise to see Google's X lab, responsible for the company's moon-shot technology projects, making the transition to becoming the Alphabet X lab.

With the shift, Google goes back to being a private company once again - sort of, at least. All current traded stocks of Google will be replaced with Alphabet stocks, with Google becoming a privately-held subsidiary of Alphabet. Confusingly, the Nasdaq symbols for the company's two stock variants will remain GOOGL and GOOG, a constant reminder of exactly what it was that interested investors in the company in the first place.

At Google, Page and Brin's departure will see Sundar Pichai step up to take on the role of chief executive of Alphabet's advertising subsidiary. 'I feel very fortunate to have someone as talented as he is to run the slightly slimmed down Google and this frees up time for me to continue to scale our aspirations,' claimed Page. 'I have been spending quite a bit of time with Sundar, helping him and the company in any way I can, and I will of course continue to do that. Google itself is also making all sorts of new products, and I know Sundar will always be focused on innovation—continuing to stretch boundaries. I know he deeply cares that we can continue to make big strides on our core mission to organise the world's information.'

Investors have reacted positively to the announcement: Google's Class C stocks, trading down 0.25 per cent at close of business, exploded in after-hours trading to settle 5.57 per cent higher - an increase which has nearly sent the company back to its July value high. 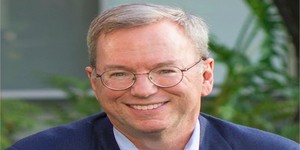 Will demote sites from November.