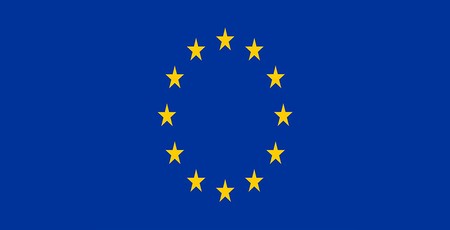 Voted on by the European Parliament's Committee on Legal Affairs (JURI), Articles 11 and 13 of the Directive of the European Parliament and of the Council on Copyright in the Digital Single Market have been the subject of considerable campaigning from pro-copyleft groups including the Open Rights Group and Electronic Frontier Foundation of late. Article 11, as per the final version of the proposal, discusses the implementation of a 'link tax' - the requirement that any site citing third-party materials do so in a way that adheres to the exemptions and restrictions of a total of 28 separate copyright laws or pays for a licence to use and link to the material; Article 13, meanwhile, requires any site which allows users to post text, sound, program code, still or moving images, or any other work which can be copyrighted to automatically scan all such uploads against a database of copyright works - a database which they will be required to pay to access.

Critics of the proposals claim that not only are the Articles likely to result in false positives and false negatives owing to their very nature, but they will have a chilling effect on the web itself - in particular for services like Wikipedia and Wikimedia Commons.

'Algorithms that do content-matching are frankly terrible at it. The Made-in-the-USA version of this is YouTube's Content ID system, which improperly flags legitimate works all the time, but still gets flack from entertainment companies for not doing more,' explains the EFF's Cory Doctorow in a post on the topic. 'There are lots of legitimate reasons for Internet users to upload copyrighted works. You might upload a clip from a nightclub (or a protest, or a technical presentation) that includes some copyrighted music in the background. Or you might just be wearing a t-shirt with your favourite album cover in your Tinder profile. You might upload the cover of a book you're selling on an online auction site, or you might want to post a photo of your sitting room in the rental listing for your flat, including the posters on the wall and the picture on the TV. Wikipedians have even more specialised reasons to upload material: pictures of celebrities, photos taken at newsworthy events, and so on.'

Sadly, concerns about the efficacy of such a system and the impact it will have on smaller and not-for-profit services which may not be able to afford to access the database nor implement real-time scanning have been brushed aside by JURI, which today voted to approve both Articles without modification in 15:10 vote split.

While an official announcement has yet to be made, the EFF has been covering the meeting live and has confirmed Article 11 and Article 13 as having been approved by JURI, while describing the latter as 'creating a censorship machine'.

The Open Rights Group, meanwhile, has announced that the fight against the Articles is far from over. 'Article 13 must go. The EU Parliament will have another chance to remove this dreadful law,' Jim Killock, executive director, claimed in a statement immediately following the ruling. 'The EU Parliament’s duty is to defend citizens from unfair and unjust laws. MEPs must reject this law, which would create a Robo-copyright regime intended to zap any image, text, meme or video that appears to include copyright material, even when it is entirely legal material.'

The proposal as a whole is to come up for a plenary vote in front of the European Parliament in early July. More information, including links for contacting your Member of European Parliament (MEP) on the matter, is available on the dedicated campaign website.