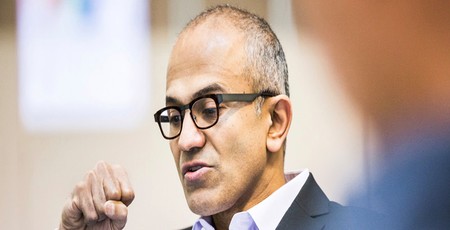 Microsoft is shortly to announce that it will shed 'thousands' of jobs globally as part of a major reorganisation which will refocus the company's efforts on its Azure cloud platform and related technologies, multiple unnamed sources have claimed.

In what is likely to prove the biggest round of layoffs since the company's abrupt and near-complete departure from the mobile market with the sale of Nokia, Microsoft is expected to announce a reorganisation plan this week which includes a heightened focus on its Azure cloud platform and related products and services. Unnamed sources 'familiar with the matter' told Bloomberg that the losses will 'be some of the most significant in the sales force in years and will also impact local marketing efforts in various countries [while] there may be other smaller personnel changes in other parts of the company too.'

Again-anonymous sources speaking to TechCrunch have pegged the losses at 'thousands' throughout global staff and pointed to a merger of Microsoft's enterprise business unit with its small-to-medium business divisions. As with Bloomberg's sources, TechCrunch's sources have claimed that most of the losses will be from the company's sales and marketing, rather than technical, divisions.

Microsoft has not offered comment on the rumour but is expected to announce any planned reorganisation later this week as part of its end-of-year financial report. If the report does indeed include significant job cuts, it would continue a trend which has seen the company shed around 30,000 workers in the last three years.