Microsoft's shiny new Edge browser is once again being raked across the coals, this time for keeping track of sites visited while using the seemingly ill-named 'InPrivate' mode.

Microsoft's Windows 10 has plenty going for it, but privacy protection isn't on the list. The company has drawn plenty of criticism for on-by-default options which record and transmit personal information up to and including individual keystrokes, but its latest gaffe is possibly the most boneheadedly embarrassing: tracking what users do when its Edge browser, the successor to Internet Explorer and the default in Windows 10, is in the so-called InPrivate mode.

The equivalent to Firefox' Private Browsing or Chrome's Incognito modes, InPrivate claims to automatically clear any stored files or history as soon as the window is closed. Security researcher Ashish Singh suggested back in October last year that this wasn't the case, and his results have now been partially verified by The Verge: visits to sites made in InPrivate mode are stored in the same table as regular history entries, allowing the history of a private browsing session to be replicated.

Microsoft, for its part, has confirmed the researcher's findings, releasing a statement to the site which claimed that the company 'recently became aware of a report that claims InPrivate tabs are not working as designed, and we are committed to resolving this as quickly as possible.' No public statement has been released, and the company has not yet issued a release date for a patch to resolve the flaw. 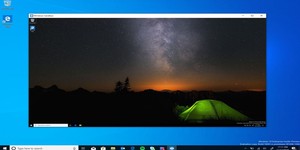 Beats out its rivals in internal testing.