Designed, unsurprisingly, to run in the browser on both desktop and mobiel devices, Mozilla's Codemoji aims to introduce the concept of ciphers in a friendly and accessible manner. 'When more people understand how encryption works and why it’s important to them, more people can stand up for encryption when it matters most,' claimed Mozilla executive director Mark Surman of the project. 'This is crucial: Currently, encryption is being threatened around the world. From France to Australia to the UK, governments are proposing policies that would harm user security by weakening encryption. And in the U.S., the FBI recently asked Apple to undermine the security of its own products.'

Codemoji's onboarding process begins with an introduction to cryptography, starting with the classic substitution cipher. For those who can resist the urge to skip through via the 'Got It' option, it's a short but clear guide to the basic concepts and leads well into the software itself. When the main application has loaded, users can type plain-text messages and pick a single emoji symbol as the 'key.' Sharing the message via a short-link, the recipient is then able to pick the 'key' from a list in order to decode the message back into its plan-text equivalent. 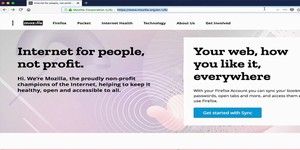